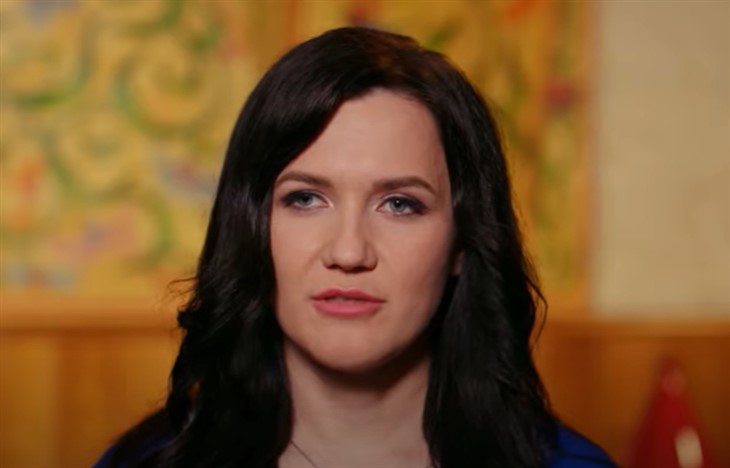 90 Day Fiancé fans have been curious for some time as to how Varya Malina managed to immigrate to the USA – now we know.

90 Day Fiancé fans have wondered how former star Varya Malina managed to immigrate to the USA. Did she get her K-1 visa? Did she marry Geoffrey Paschel? From her Instagram posts, it has been clear to fans that she has been happily living in the US for some time. So how, exactly, did the Russian beauty get her green card? Luckily, Varya has posted a video to YouTube to explain exactly what happened.

Varya Malina posted a new video to YouTube to update her fans on how she managed the process of her immigration to the USA. 90 Day Fiancé fans no doubt remember that the Russian beauty starred on season 4 of 90 Day Fiancé: Before the 90 Days with her partner, Geoffrey Paschel.

While Varya and Geoffrey did get engaged by the end of the season, Malina kept her relationship with Paschel a secret for around one year. However, with all her happy posts on Instagram, including some featuring Geoffrey, fans were sure the couple was closer than they appear to be.

However, after Geoffrey was sentenced to 18 years behind bars for allegedly assaulting his former girlfriend, Varya still appears to be happy. In fact, she continued to live in Tennessee, Geoffrey’s home state. Malina made it clear that she fully supported Paschel and fans wondered if they had married. As she had been living in the US for so long, they also wondered if she had finally gotten her green card.

In her YouTube video, Varya put all the rumors to rest by revealing her green card and that she is now a permanent resident of the USA. It turns out she was incredibly lucky and literally won her green card in a lottery.

Varya explained that she first got to the US on a tourist visa and later on applied for the Diversity Immigrant Visa program (the green card lottery). The program aims to diversify the immigrant population of America by selecting applicants from countries with low numbers of immigrants in the past five years.

Meanwhile, the former TLC reality star explained that the first time she tried it in 2019, she didn’t win. She later applied again and this time won it, despite the fact her chances were only 2.3 percent. The only major glitch is that she found her new green card had an error. The government had incorrectly listed her birth date. Right now, she is trying to get that fixed but doesn’t want to travel in case of complications with that date and the date in her passport.

Fans are thrilled to hear that the 90 Day Fiancé alum has successfully immigrated to the US, where she is now living in Geoffrey’s home, looking after the house and his dogs. Varya has made herself a fan favorite with her honesty and good heart, so we wish her happiness in her new life.

Of course, with the ongoing Russian invasion of Ukraine, Varya is lucky for a second time. If she had applied now, there is no doubt she would have been denied the chance of a green card. Meanwhile, in her latest Instagram post, Malina has made her support for Ukraine and its people clear.