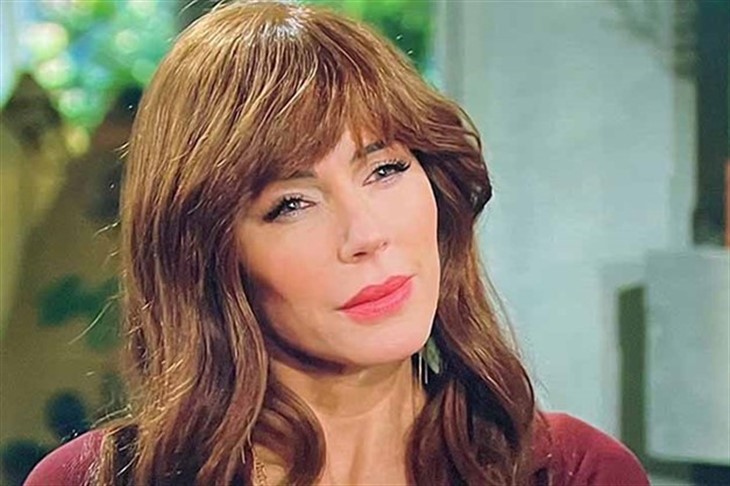 The Bold and the Beautiful (B&B) spoilers for Monday, February 7, 2022, reveal Douglas spying Grandma kissing Santa is about to have huge repercussions for Grandma.

Now that Steffy Forrester (Jacqueline MacInnes Wood) knows what happened between Brooke Logan Forrester (Katherine Kelly Lang) and Deacon Sharpe (Sean Kanan) on New Year’s Eve, she is not about to keep it a secret. So, Thomas Forrester (Matthew Atkinson) and Steffy tell their mother what Douglas really saw through the window and she is floored.

She really thought Brooke had changed this time and wouldn’t do this to Ridge Forrester (Thorsten Kaye) again, but of course, she did. Taylor Hayes even tried to be her friend of late, but Brooke didn’t want to be bothered and now Taylor knows why.

The question is, what will Taylor do with this new information? Will she run straight to Ridge and tell him, blowing up his ninth try at wedded bliss with Brooke? Isn’t this what Taylor wanted anyway when she returned to town and confessed she is still in love with Ridge?

Grace Buckingham (Cassandra Creech) remains determined that her daughter does not end up with Carter Walton (Lawrence Saint-Victor), so she takes matters into her own hands and threatens to tell everyone he is going behind a friend’s back once again just for a woman — just like he did with Eric Forrester (John McCook) when he wanted Quinn (Rena Sofer).

Carter is not sure what to do here. He likes Paris Buckingham (Diamond White), but Grace sees him as an amoral player who bounces from woman to woman and she does not want that for her daughter. Of course, she seems to not know Zende Forrester’s (Delon De Metz) history because he may not be any better than Carter at this point.

Carter could tell this woman to mind her own business, but he doesn’t, so does that mean he agrees with her that Paris may not be the right woman for him? We can see where this is going and Paris might be stunned very soon. Stay tuned to The Bold and the Beautiful weekdays to find out.