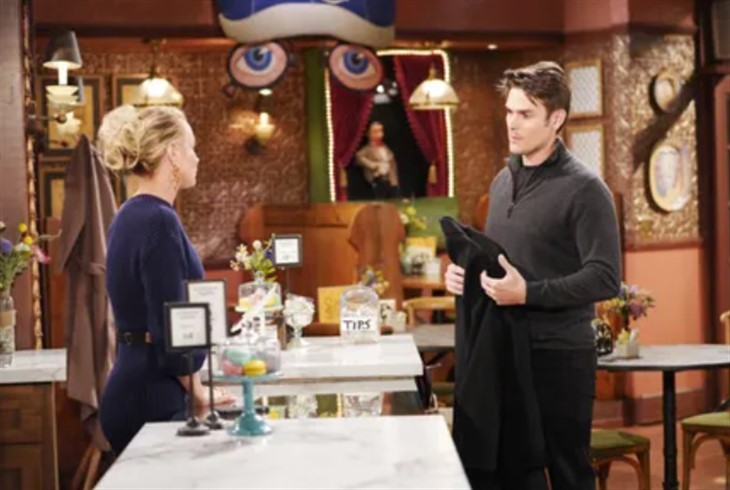 Viewers of The Young and The Restless will remember that Rey suddenly became very ill suddenly, and had thought he just had a stomach bug. He suffered high fever, upset stomach, profuse sweating, and tingling in the extremities, his feet in particular. His sister Lola Rosales’ (Sasha Calle) homemade “cure all” soup failed to effect a cure, and Rey had refused to go see a doctor, although he allowed Dr. Nate Hastings (Sean Dominic ) to make a house call. Nate had taken a blood draw and sent to the lab to find out what was wrong with Rey.

The Young and the Restless recaps reveal Rey collapsed and passed out, and at that point Sharon called 911 and a rescue squad took Rey to the hospital. Once the lab tests Nate had done on Rey’s blood came back, he was discovered to have thallium poisoning, and the forensic crime scene unit of the Genoa City Police Department came to Rey and Sharon’s home and did a sweep.

According to Y&R spoilers, Thallium was found in Rey’s personal care items, such as shaving cream, hair gel and body wash; it was determined to be a targeted hit against Rey’s life. Sharon went to the hospital and stayed by his side twenty-four seven until Nate assured her that Rey would recover. Rey had been unconscious from the time that he passed out in their home and Sharon had been afraid he was taken to the hospital too late, once she found out he was poisoned.

Once Rey is recovered enough, his cop brain goes to work figuring out who would want him dead. The person would have to have had access to his and Sharon’s home. At first, Sharon wonders if someone Rey had arrested in the past or questioned could have a vendetta, but how would some random suspect have had access to their home to taint Rey’s personal care items with poison, and in particular, thallium?

The person would have to know where to get the poison and how to use it. There would have to be a person who had motive, means and opportunity, the three basics in any criminal investigation. However, The Young and the Restless spoilers show Rey doesn’t think beyond his favorite suspect and accuses Adam Newman! Adam could have access to their home – perhaps he is the one who took Sharon’s knickknacks as a taunt. It would show nothing could keep him out, and maybe he figured Sharon would suspect him and come to his penthouse to look for them!

He could have poisoned Rey’s personal care items at the same time, because when Nate explained to Sharon what had happened to Rey, he did say that thallium was a slow acting poison that built up in a person’s system over time, similar to arsenic.

For a change, The Young and the Restless rumors hint Sharon does not stand up for Adam – she believes Rey! It would seem that Rey’s near death experience from thallium poisoning has been a wake-up call for Sharon in regards to Adam and how dangerous Adam can be; she turns on Adam and accuses him of poisoning Rey in order to get her back!