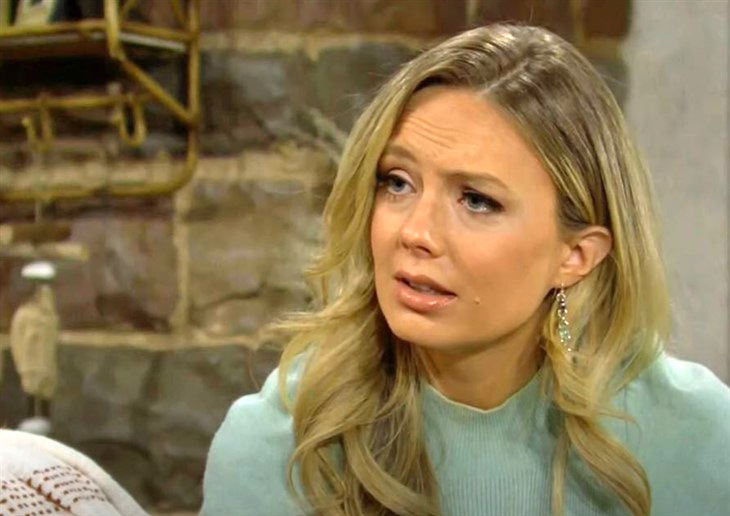 The Young and the Restless (Y&R) spoilers for Friday, January 21, 2022, reveal Abby is about to lose her mind since nobody seems to be on her side.

Abby Newman (Melissa Ordway) thought bringing her husband home from his mission in Spain would be enough for her to have the life she always dreamed of. After all, the only reason she even got married was to have a baby and she practically willed one to happen with the use of her friends’ body parts.

But Chance (Connor Floyd) has had as many problems bonding with this baby as Abby did when she first brought him home from the hospital. He doesn’t feel connected to a baby he had zero part in bringing into the world, a baby he barely agreed to have while Abby asked him on a phone call if it was ok for Mariah Copeland (Camryn Grimes) to give birth to a baby using her egg and Devon Hamilton’s (Bryton James) sperm. He also had a traumatic time on his mission, another thing that is flying right by Abby’s head.

Both Devon and Chance have told her that it’s best for Devon to be a legal part of Dominic’s life, but Abby has been against it. On Friday, she will finally come to a decision she did not want to make. Will her marriage suffer the consequences of her one-track mind?

The Great Victor Newman (Eric Braeden) had his suspicions about Ashland Locke (Richard Burgi) from the start, but his allegedly-astute daughter fell for the man and married him, so for Victoria’s sake, he put his reservations aside.

Now, Victor is starting to realize that wasn’t the best idea as he can see Ashland is up to something and that something is likely a complete takeover of Newman Enterprises. Feeling that Ashland is The Locke Ness Monster, after all, he has to devise a plan to make sure the truth about him is finally brought to light — and that Victoria can finally see the truth.

To that end, he and Michael Baldwin (Christian J. Le Blanc) work out their scheme to take down Ashland and Lauren (Tracey E. Bregman) wants to know what’s up. What is her husband really doing for Victor? Michael won’t tell her but Lauren is determined to find out. Stay tuned to The Young and the Restless weekdays to see how these stories play out.