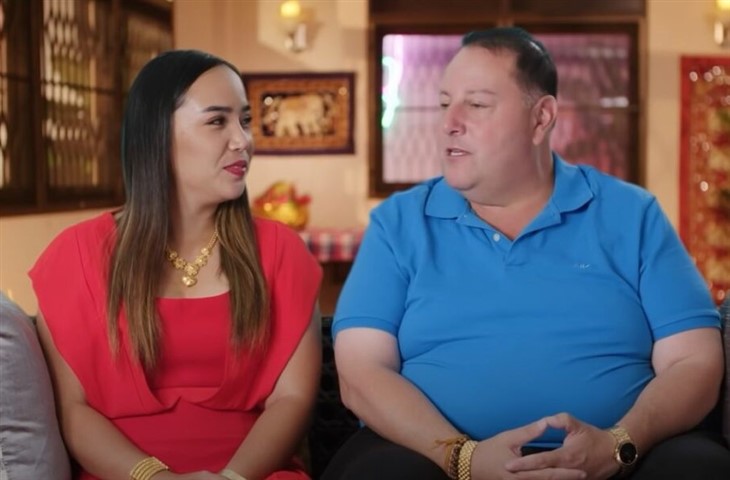 90 Day Fiancé spoilers, news, and updates tease that Annie’s family was slammed on social media after calling David Toborowsky “unhealthy” when they went hiking to a cliff in Thailand.

David and Annie remained strong and in love years after their marriage. Being one of the fan-favorites in the TLC show, they were back on television with their new show David and Annie: After The 90 Days.

As part of the filming, the couple went to Thailand and covered their little adventure at Annie’s village together with her whole family.

The official Instagram account of 90 Day Fiancé recently posted Annie and David’s hiking activity in Thailand. It was seen in the video that David was having a hard time going at the same pace as his companions.

Despite David’s effort of trying to bond with his wife’s family, Annie’s aunt told him in their native language: “You are so slow. If you take the kids with you, how will you be able to take care of them?”

When Annie translated the message, David proudly said that he’s 53 years old but still able to make it on top of the cliff. However, the aunt stated that the kids will be unhealthy and get fat just like David if they eat American food.

Though Annie explained that her aunt, Lom, was just concerned for the teenagers, it never stopped the fans from sharing their thoughts regarding the Thai family.

Even though criticisms flooded the comment section, some fans expressed their love for the couple and wished that the two will stay longer and happier.

As David and Annie filmed their new show in Thailand, they planned to take Annie’s 14-year-old brother, Jordan, and 16-year-old cousin, Amber, when they fly back to the United States.

Fans questioned the couple on why they will not have children of their own. During their interview with Hollywood Life, David and Annie revealed that they have talked about it but Annie thought that it would not be a great idea when David is getting older and still changing diapers at his age.

When Annie stated the possibility of her not having a baby, David mentioned that they were looking for an option at one of the clinics in Bangkok.

Annie shared that she wanted to have kids before she met David, but now, she’s not already sure of the idea. David also talked about his plan of a vasectomy reversal just in case Annie is interested in having children in the future.