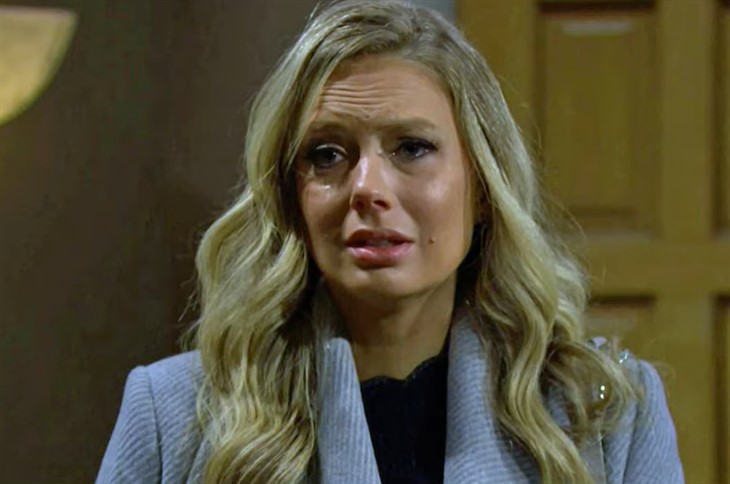 The Young and the Restless (Y&R)spoilers reveal that Abby Newman-Abbott-Chancellor (Melissa Ordway) and Chance Chancellor (Conner Floyd) gave in. Devon Hamilton (Bryton James) got his way. However, during the week of January 31, Abby and Devon’s compromise could turn ugly. It is teased that this custody battle is just getting started.

The Young And The Restless Spoilers – Chance Chancellor’s Reasoning

Y&R spoilers reveal that Chance has been struggling with PTSD ever since the safehouse exploded. Although Abby was overjoyed to discover Chance was alive, she didn’t realize the magnitude of his trauma. Chance also has difficulty adjusting to being a new father and bonding with Dominic Newman-Abbott-Winters-Chancellor (River and Rainn Ware). Chance sees how easily Devon connects with Dominic. Chance truly thought he was doing the right thing by encouraging Abby to make a deal with Devon.

Abby reluctantly agreed to do what Chance suggested. Abby and Chance asked what Devon’s terms were for shared custody, which was one night a week. The three of them came to a new agreement. However, Abby still doesn’t feel right about Devon getting such a big role in Dominic’s life.

The Young And The Restless Spoilers – Abby Newman-Abbott-Chancellor Renegotiates

The Young and the Restless spoilers for the week of January 31 reveal that Devon and Abby will try to find common ground. So, it sounds as if they renegotiate or perhaps Devon wants more than just one night a week with the baby. The more time that Devon spends with Dominic, the more attached he will become. Devon will feel more and more like Dominic’s father when he was simply the donor. Devon asking that Winters be added to Dominic’s last name is just proof of that. Plus, Devon keeps calling himself Dominic’s daddy.

However, it was teased by co-executive producer and head writer Josh Griffith that this custody storyline might not be resolved quickly. So, Devon and Abby probably won’t come to a new agreement.

It is suggested that Devon and Abby could go to court over Dominic. Even though they did make a new agreement, Abby felt coerced into it. Abby also believes that Devon was taking advantage of Chance’s PTSD and feelings of inadequacy as a father.

Just how far will this custody war go, though? What will be the end result and could it destroy their friendship? Will Chance ever get the chance to bond with his son? What do you think is going to cause Devon and Abby to renegotiate their new agreement? Will this end up going to court? Whose side are you on and why?