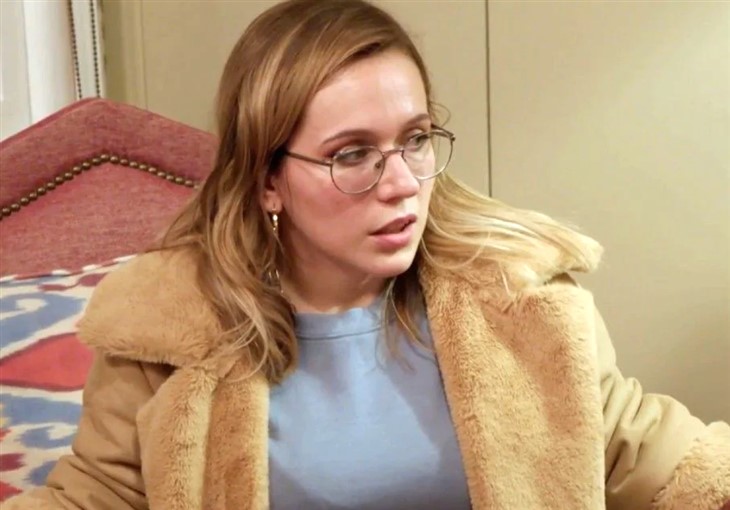 90 Day Fiance’ Before The 90 Days Spoilers allege that Alina Kozhevnikova has been fired from the 90 Day cast and is frantically being edited out of the rest of the season. Have Alina’s racist comments come back to bite her?

According to Showbiz CheatSheet The Ashley’s Reality Roundup is reporting that Alina has been fired from Season Five of Before The 90 Days. Supposedly producers are reportedly scrambling to edit Alina out of the remaining episodes of the series. According to the site, the decision was made over the weekend to remove Alina from the show after numerous racial comments appeared on her social media account. Racially insensitive and offensive social media posts that Alina has made in the past continue to resurface. Sources say that TLC officials are rushing to edit Alina, who is from Russia, out of the latest season where she is featured with Caleb Greenwood from Arizona, out of the shows.

The 90 Day Fiance’ Before The 90 Days star often speaks her mind but some of her comments may be too much for TLC to overlooks. Apparently, a throwback post was noticed on January 11 that started the whole situation. However, the picture was not the issue, it was the following comment. “Yo [expletive] gotta do sum [sic] gold diggin #gangsta. Once that comment appeared fans began to look back through Alina’s post and found other posts that infuriated them. This one draws attention to not only polygamy as well as Islamic and Muslim culture, “134th wife” in which she also posted a photo of herself in a veil.

90 Day Fiance’ Before The 90 Days – Fans Are Unforgiving

90 Day Fiance’ Before The 90 Days fans are not so forgiving when it comes to any racist comment and when yet another post popped up with the “N” word in it, things became no holds barred. After being confronted about the post, one fan called Alina out for accusing another fan of photoshopping the screenshot and then claiming that her English was bad and she didn’t mean what she had said. However, lets be honest, Alina would probably not take comments about people of her stature so easily.

If Alina has truly been fired, she has no one to blame but herself. Fans are not going to easily forget these kinds of remarks. Other networks have canceled entire shows for less. TLC has not released an official statement but if the rumors are true, Alina should be written out after the next episode of the show according to their sources.