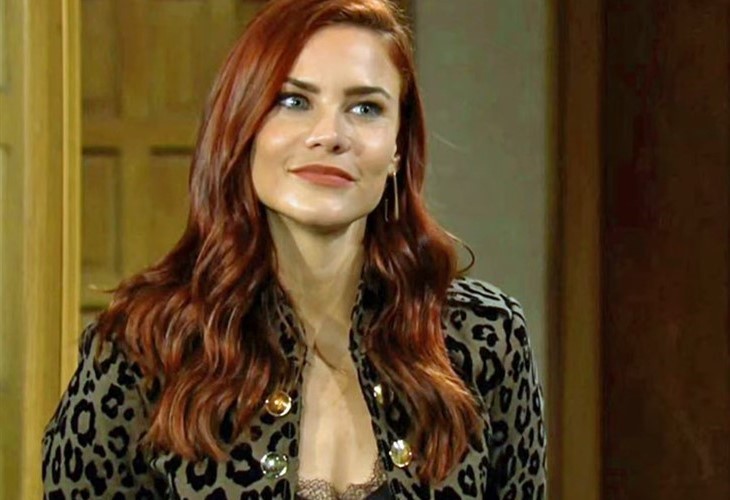 The Young and the Restless (Y&R) spoilers reveal that Sally Spectra (Courtney Hope) is ready to fight. Even though Sally could end up winning the war, she could lose at the same time. Sally is no stranger to using cruel tactics to get the upper hand. When Adam Newman (Mark Grossman) sees Chelsea Lawson (Melissa Claire Egan) suffering, he could rush in to save his baby mama.

The Young And The Restless Spoilers – Chelsea Lawson Rejected

Y&R spoilers reveal that while Chelsea was taking care of her mother, she also received counseling. During those sessions, Chelsea allegedly tried to do a lot of work on herself. Despite everything that’s happened between her and Adam, Chelsea decided she wanted him back.

When Chelsea returned to Genoa City, she tried to reunite her broken family. At first, Adam tried to be gentle and understanding with Chelsea. Eventually, he had to get firmer as she wasn’t accepting that the relationship is over for good.

Even though Sally has tried to keep it platonic and professional with Adam, she can’t help but be drawn to him. Then, Chelsea showed up and was competing both romantically and professionally. Chelsea will give her rival a stern warning.

However, Sally won’t be intimidated or back off. In fact, when Adam tells Sally that she will lose the battle, it only pushes her to compete even more. After all, Sally is extremely competitive.

The Young And The Restless Spoilers – Cruelty And Trickery

The Young and the Restless spoilers reveal that Sally has gone to extremes to accomplish her goals and eliminate competition. Those that watched Sally on The Bold and the Beautiful know all about her craziest schemes. Chelsea has also taken drastic measures to get what she wants. So, the two women just might have met their match in each other!

There is no such thing as crossing the line with Sally. Sure, she has her morals and does have a heart. However, when she is pushed, all that goes out the window and she becomes hyperfocused on winning. Adam might be attracted to Sally, but he has a history with Chelsea. Adam and Chelsea also share a child together. So, if Sally goes too far and wins by doing something incredibly cruel to Chelsea, Adam might do a complete 180.

Who do you think is going to win the rivalry? Will Sally come out on top or could Chelsea beat her competition? What does this mean for the future of Adam’s love life?