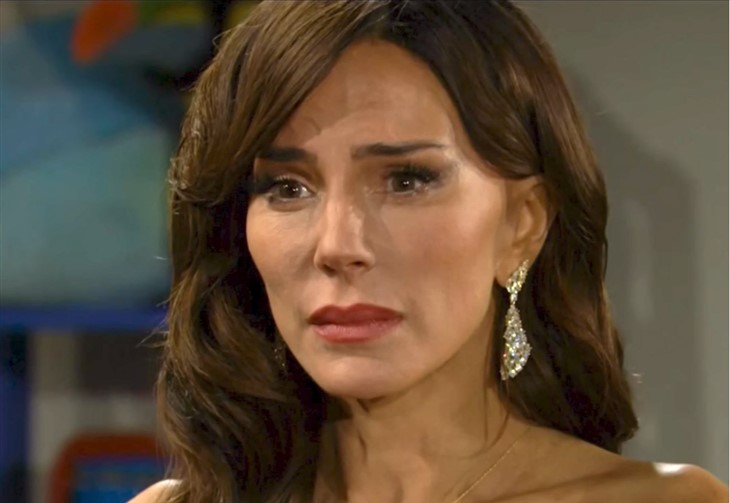 The Bold and The Beautiful spoilers and updates tease that an act of betrayal will cause irreparable harm to a once-solid relationship. Will Ridge Forrester (Thorsten Kaye) consider Taylor Hayes’ (Krista Allen) silence about her knowledge the CPS call was faked a betrayal and leave her at the altar?

All Ridge wanted was an honest wife, and he put through a quick annulment of his marriage to Brooke Logan (Katherine Kelly Lang) because she wouldn’t admit to the CPS call. But now, Steffy Forrester Finnegan (Jacqueline Macinnes Wood) has stopped the wedding and played the call both versions and revealed Thomas Forrester (Matthew Atkinson) impersonated Brooke with a voice changer app. Betrayal by Thomas is bad enough, but now he finds out that Taylor knew, albeit only a few minutes before the wedding was to start but she didn’t tell him!

To Ridge, Taylor’s failure to tell him she knew about Thomas impersonating Brooke with the app to call Child Protective Services is the same as a lie, and it’s a betrayal. All he wanted was an honest wife, who wouldn’t lie to him, and he grabs Douglas Forrester’s (Henry Joseph Samiri) phone and rushes to make things right with Brooke.

B & B Spoilers – He Won’t Give Her Time To Explain

Taylor is devastated when Ridge won’t even give her time to explain – when he came to Aspen she was determined not to fall for his waffling back to Brooke business. She was intending to buy Bill Spencer’s (Don Diamont) vacation home and relocate to Aspen and start her life and psychiatry practice over there. She’d maintain a long distance relationship with her children and grandchildren, but Ridge-not another chance because he’d pledged his true love to her and left her every time Brooke beckoned. Not only is she devastated, she’s angry-she simply didn’t want to air dirty laundry in front of the family gathered to watch them remarry but Steffy did it for her.

The Bold And The Beautiful Spoilers – Who Dumps Who Forever?

A valid question is who dumps who forever, Ridge dumps Taylor or Taylor dumps Ridge – Taylor was determined not to be the weak minded giddy teenager in love with love. Now, she feels as betrayed by Ridge as he claims to feel betrayed by her, with him and his self-righteous mouth pontificating how she lied to him too. She won’t be surprised to see he hauls Brooke back so Carter can rush through a reversal of the annulment and remarry her since the mansion is already decorated.

Taylor may not wait for Ridge to return, likely with Brooke gloating by his side over their “destiny.”  She has to deal with Thomas but she may not let grass grow under her feet, and call Bill to see if the Aspen house is still available.