Y&R Spoilers: Sally Destined To Be With Nick? – Adam Is A Pest 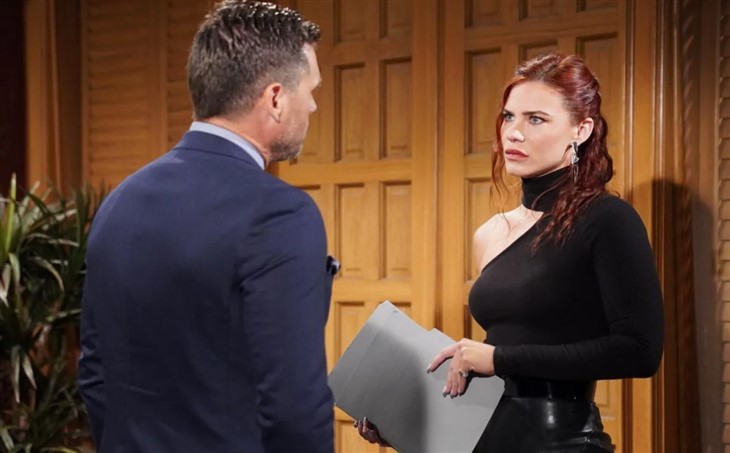 The Young and the Restless spoilers document Sally Spectra’s (Courtney Hope) eyes opened when Adam Newman (Mark Grossman) popped the question. If he asked her to marry him months ago, the answer almost certainly would have been yes.

Devoted viewers know that Adam was initially chased by Sally. He delayed their relationship, telling her they were not ready to be together.

As time has proven, Adam should have held to his initial instinct. This pairing still is not ready to be together, as too much soapy water went under the bridge Adam built after coldly dropping Sally for illogical reasons.

The Young And The Restless Spoilers – Nick Newman Steps In Again

Adam and Nick Newman (Joshua Morrow) have been involved with the same women far too often. Once would have been believable. But Sally now stands in a line of ladies who were drawn to each of Victor Newman’s (Eric Braeden) sons.

Nick did not purposely seek Sally’s interest. Proximity at Newman Enterprises and circumstances allowed these characters to come together.

Daytime involves the audience willingly suspending disbelief. This particular pairing is digestible, in part because of the horrible way that Adam decided to drop Sally. His excuse of trying to protect her job boosted Nick’s stock in Sally and the fan’s eyes.

Adam appears at the Glam Club like the last fly alive in November. This pest sent a bottle of wine to Nick and Sally, who then needed to debate staying or going.

Genoa City, Wisconsin’s newest couple concluded that Adam would control them if they remained in his line of sight or departed Noah Newman’s (Rory Gibson) trendy club. Sally offered a creative alternative, suggesting they head out in separate directions.

Choosing to stay allowed Adam to reveal his true intention. He incredibly asked Sally to marry him, with her reaction shot being spot-on.

The Young And The Restless Spoilers – Sally Spectra Is In Love

Sally likes Nick. But she has not fallen in love with him yet. How could she, when Adam still lives mostly rent-free in her mind?

Adam is a chaotic person. He drives drama in the lives of all he is connected to because his mind remains scattered.

Sally still loves Adam. That means that this couple could make a comeback in the future. But for now, she is with Nick. So, Adam must be flicked away on Y&R.

B&B Spoilers: Will There Or Won’t There Be A Wedding?