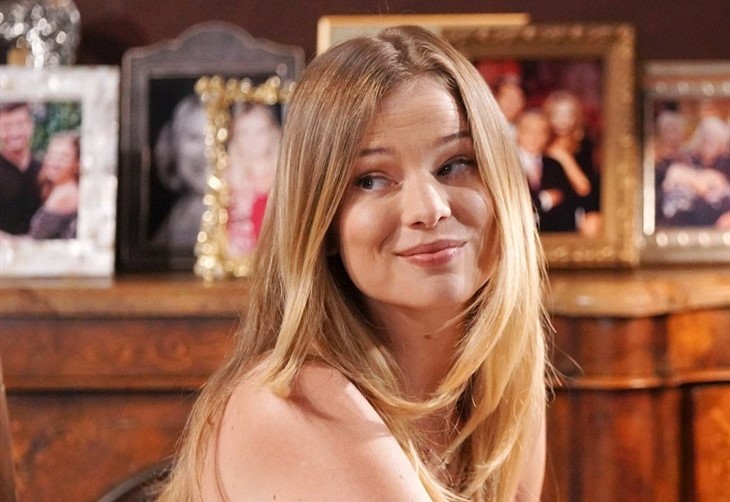 The Young and the Restless spoilers for the week of December 5 reveal that there are three must-see moments. Next week, fans can expect Summer Newman-Abbott (Allison Lanier) to blast Phyllis Summers (Michelle Stafford). Diane Jenkins (Susan Walters) freaks out and packs her bags. Meanwhile, Sally Spectra (Courtney Hope) is busted by Nick Newman (Mark Grossman).

The Young And The Restless Spoilers – Diane Jenkins Packs Her Bags

Y&R spoilers for the week of December 5 reveal that Phyllis sent Jeremy Stark (James Hyde) to the Abbott manse. Diane opens the door and sees Jeremy standing there, determined to get what is owed to him. Jack Abbott (Peter Bergman) and Kyle Abbott (Michael Mealor) promised to protect Diane. However, it seems Diane invites danger inside the home. That suggests that Diane invites or is forced to let Jeremy inside the house.

It is teased that Diane will get so rattled that she will pack her bags. However, Jack could convince Diane to stick around in Genoa City.

One must-see moment features Phyllis getting blasted by multiple people. Jack will issue a harsh ultimatum to Phyllis. Kyle will also unleash his rage on Phyllis. However, the biggest moment will probably be Summer Newman-Abbott’s (Allison Lanier) reaction. Summer will blast Phyllis for putting young Harrison Locke (Kellen Enriquez) in grave danger.

Phyllis won’t understand why Summer is so upset. Phyllis might also be confused as to how Harrison was in danger. Once Phyllis gets all the details, she will probably try to justify her actions. However, Summer seems pretty furious in the weekly preview clip.

The Young And The Restless Spoilers – Sally Spectra’s Confusion

The Young and the Restless spoilers for the week of December 5 reveal that one must-see moment features Sally. As fans know, Sally has moved on with Nick. However, Sally also can’t get rid of being drawn to Adam Newman (Mark Grossman).

When Sally meets with Adam, one thing leads to another. Nick will make a horrifying discovery, which must be Sally and Adam.

Fans can also expect Nick to test Summer. Plus, Jeremy might have other plans in Genoa City that have nothing to do with Diane. So, stay tuned!

Which storyline are you looking forward to seeing the most during the week of December 5? What are your predictions for Jack, Diane, Jeremy, Phyllis, Kyle and Summer? What does the future hold for Sally, Adam and Nick? Share your thoughts and remember to keep watching the CBS soap to find out what happens next.