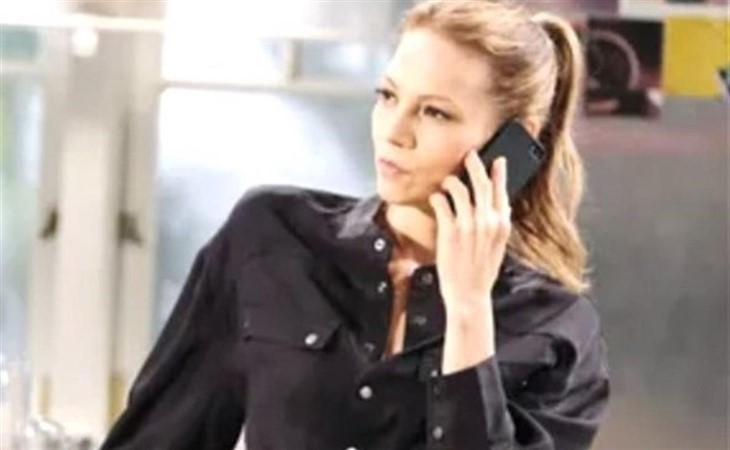 Days of Our Lives spoilers and updates tease that Ava Vitali (Tamara Braun) will soon plot her ultimate revenge against EJ DiMera (Dan Feurreriegel) and others who’ve hurt her. Might she be the one who sets the bomb in what appears to be St. Luke’s Church during Susan Banks’ (Stacy Haiduk) memorial service?

Days Of Our Lives Spoilers  – Ava Vitali Has Become Deranged

There is no doubt that Ava has become deranged, and she has started listening to the hallucinations of her dead evil son Charlie Dale (Mike C. Manning). Charlie’s not back as a ghost or a zombie this time like he was when satan was roaming Salem, first as MarDevil (Deidre Hall) who brought him back as a zombie. Charlie has not been pale, nor green, nor full of dirt as when he crawled from his grave, but he haunts Ava in the DiMera Crypt.

He advises her to be a tougher, more evil Ava who could have stood up to him in life; instead he controlled her, drugging and torturing her in his apartment. He was beside her in the car and told her drive off the cliff with Susan tied up in the back, where the car became a funeral pyre.

Ava keeps listening to the figments of her warped imagination that constitute the now long-dead Charlie, who tells her she failed, and EJ has to die. Indeed, the entire DiMera family has failed her even if she was only engaged to Jake DiMera (Brandon Barash) for less than five minutes!

There is increased security now at the DiMera mansion, so there is no way she can get in, there are cameras everywhere-except in the tunnel. She doesn’t know about the back way in through the garden although she has heard it spoken of by Kristen DiMera (Stacy Haiduk). Charlie tells her there’s a sure way she can kill all the DiMeras at once – bomb St. Luke’s during Susan’s memorial service.

Charlie says the beauty of this plan is that Ava will never be suspected – she’s using Orpheus’ (George DelHoyo) modus operandi. Some of Orpheus’ enemies will be attending the service, and he’s an expert. He could have hidden this bomb and timer long before he was taken back to Statesville and set it remotely to go off-he knows everything that goes on in Salem.

Ava can do the same thing, and Charlie shows her how to get in and do it. All she has to do is hide a couple of miles away, set the timer to go off with a phone, and watch everything go BOOM!