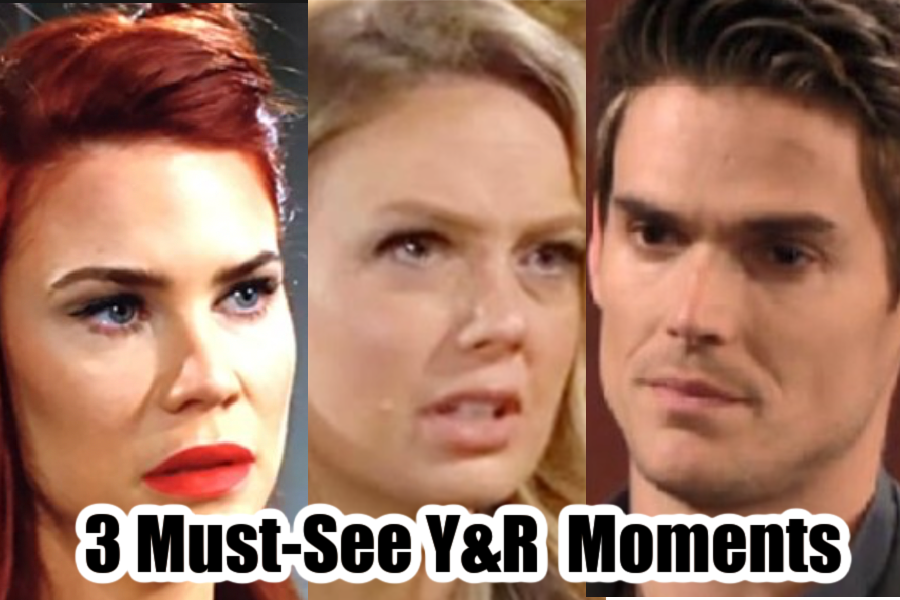 The Young And The Restless Spoilers – Abby Newman-Abbott-Chancellor Tested

Y&R spoilers reveal that one must-see moment during the week of August 8 is Abby’s loyalty being tested. After Abby questions Chance Chancellor (Conner Floyd) about Ashland’s death, she has a chat with Nikki Newman (Melody Thomas Scott). Nikki tests Abby’s loyalty to the Newman family.

Abby will read between the lines and realizes what Nikki is really asking her to do. Abby asks Nikki if she wants her to get Chance to steer his investigation in another direction. Nikki doesn’t respond but her face says it all.

It is also teased that Chance will be put in a difficult position. Chance has to decide whether to go after the Newman family or sweep the truth about Ashland’s death under the rug. This could not just impact Chance’s career but his marriage as well.

The Young And The Restless Spoilers – Jack Abbott’s Proposition

The Young and the Restless spoilers for the week of August 8 reveal another must-see moment features Adam and Jack. After having a conversation with Adam, Jack tells him to come work at Jabot. It sounds like Adam might actually consider this offer. However, it will certainly get a reaction from Victor.

Fans can also expect Sally to tell Chloe Mitchell (Elizabeth Hendrickson) about her plan. Sally knows that there is more to Ashland’s death than what is being told. Sally will start to dig for the truth. However, this could put a target on her back when Victor finds out. Sally will need to tread carefully, that’s for sure.

Which one of these must-see moments for the week of August 8 are you the most excited about? What are your predictions for Chance, Abby, Nikki and Victor? Will Chance be forced to arrest a member of the Newman family? What does the future hold for Sally, Chloe, Adam, Victoria and Nick? Share your thoughts and remember to keep watching the CBS soap to see what happens next.