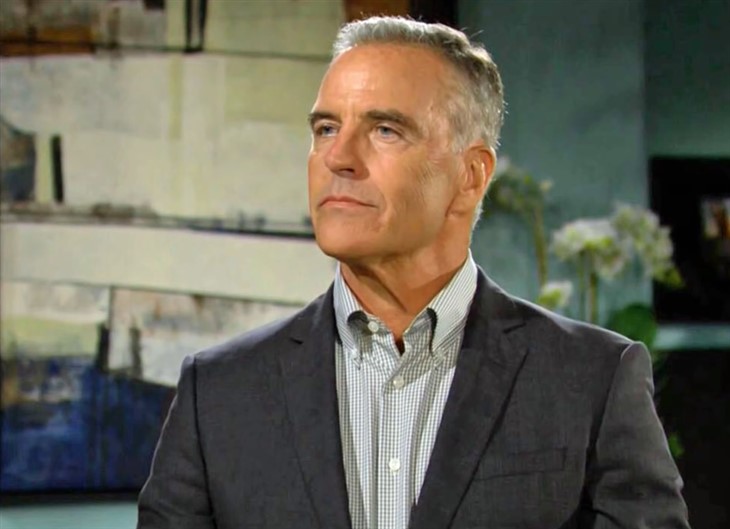 The Young and the Restless (Y&R) spoilers for Tuesday, January 18, 2022, reveal Ashland Locke hiding more secrets than ever, but this time he might get himself in trouble.

The Young And The Restless Spoilers – More Ashland Locke Secrets

Ever since Victoria Newman (Amelia Heinle) declared she was in love with a man named Ashland Locke (Richard Burgi) who she barely knew and decided to marry, he has been the darling of the Newman clan, or at least some members.

Victor (Eric Braeden) and Nikki Newman (Melody Thomas Scott) have been making a very concerted effort to welcome Ashland into their family despite their doubts and they did it all to make Victoria happy. Meanwhile, Nick Newman (Joshua Morrow) did everything he could to stop Victoria from making the mistake of marrying an allegedly dying man whom he just didn’t trust no matter how hard he tried.

On Tuesday, Nikki walks in on Ashland in a compromising moment. Something tells us it’s not another woman, but that he is talking to someone who knows more about his secret life than his wife and her family does.

Phyllis Summers (Michelle Stafford) and Nick have been broken up for several months now, but somehow Phyllis has been holding onto hope for their relationship to repair itself without outwardly saying so. However, when Nick drops a bombshell, she realizes that is never going to happen. Will it finally convince her to try things with a waiting Jack Abbott (Peter Bergman), who she very firmly placed in the friend zone?

It seems that Abby Newman (Melissa Ordway) really had no idea what she got herself into when she decided to make a baby using other people and without her husband around to be involved.

Yes, she had an agreement with Devon Hamilton (Bryton James) that she already violated when she left the baby in his care and took off to Europe, but she thinks that shouldn’t count against her. Little does she know that Mariah Copeland (Camryn Grimes) and Devon are now putting their heads together to decide what is best for little Dominic. Stay tuned to The Young and the Restless weekdays to see how these stories play out.