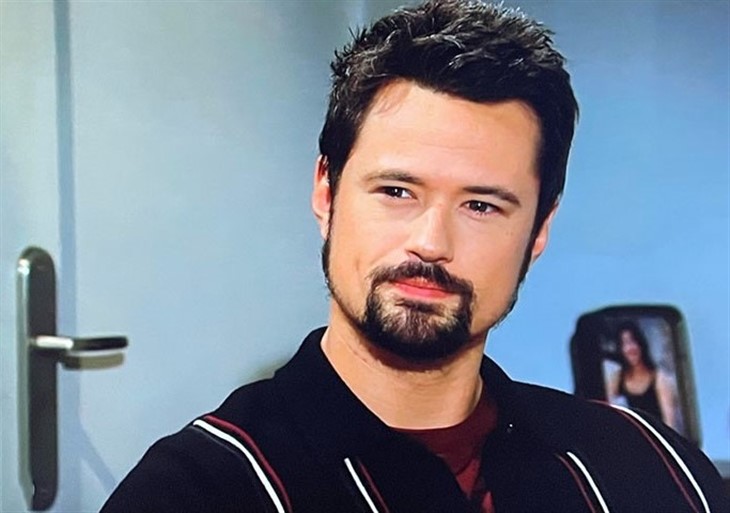 The Bold and the Beautiful (B&B) spoilers reveal that Thomas Forrester (Matthew Atkinson) could be falsely accused. Zende Forrester (Delon de Metz) might have drinks with a model, but his heart still belongs to Paris Buckingham (Diamond White). Zende will try to figure out who stole Paris’ heart, but he will be looking in the wrong direction.

The Bold And The Beautiful Spoilers – Paris Buckingham’s New Interest

B&B spoilers reveal that Paris and Zende seemed as if they were happy together. However, Paris has been lost in thought lately. Then, she found out from Carter Walton (Lawrence Saint-Victor) that Zende was going to propose.

Paris completely freaked out and managed to stop Zende from asking her to marry him. Paris kept gushing about how wonderful it was to be single. Zende got the hint and although disappointed, put the proposal plan on hold.

Afterward, Zende was asked out for drinks by a model, which he accepted. When Paris saw Zende kissing another woman, she didn’t even get jealous. That made her realize that Zende might not be her future. Since she has become interested in Carter, Paris went for it.

Zende has already gone to Carter to try and figure out who Paris could be interested in. This will likely continue as Paris searches for what and who she really wants. Carter and Paris have kissed once, then had a passionate make-out session another time.

Carter will slam the brakes on the kissing, which confuses Paris. What Paris needs to realize is that Carter has gone through enough trouble because of women. Zende is Carter’s good friend and doesn’t want to mess up any more friendships. So, Carter will wrestle with guilt over keeping this huge secret from Zende.

The Bold And The Beautiful Spoilers – Thomas Forrester Falsely Accused?

The Bold and the Beautiful spoilers reveal that Paris was the first woman Thomas developed an interest in after his fixation with Hope Logan Spencer (Annika Noelle). However, Paris turned him down.

Carter knows about Thomas’ crush but also is aware that he moved out so there wouldn’t be any awkwardness. That doesn’t mean that Carter and Paris won’t throw Thomas under the bus, though. Paris never told Zende about Thomas’ crush. When Zende tries to find out the identity of his competition, Paris and Carter might let him believe it’s Thomas.

Carter might go along with Thomas taking the blame. However, Carter also has a high guilty conscience. So, it’s hard for him to keep secrets and lie, especially to those he cares about. Carter won’t be able to keep deceiving Zende for long. When Zende learns that Paris’ new love interest is Carter, it could turn the friends into foes. With that being said, it would be just like a soap to let Thomas suffer the consequences before Zende realizes he blamed the wrong man. Carter and Paris are two good characters that are overdue for some bad behavior. So, stay tuned to find out what happens next.