Y&R Comings and Goings: Ashley Abbott Back In Genoa City 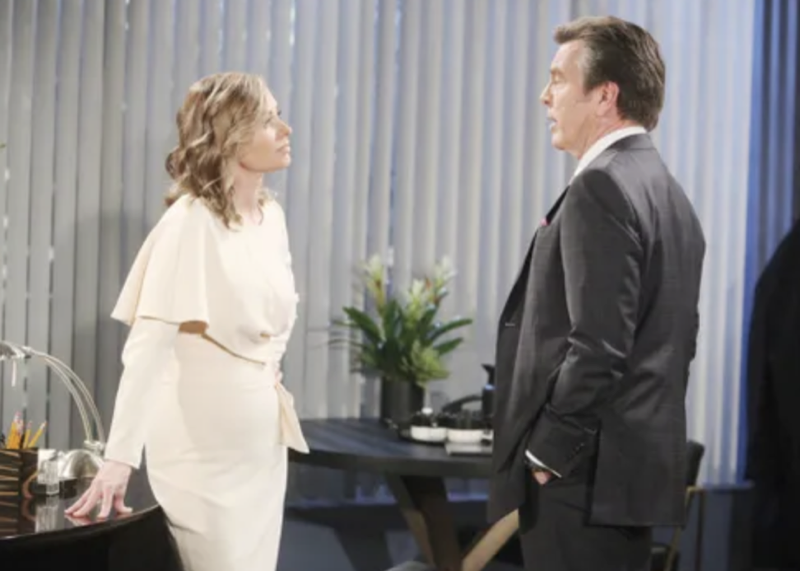 The Young and the Restless (Y&R) spoilers for the week of July 18, 2022 reveal that a daytime superstar returns to Genoa City, Wisconsin when Eileen Davidson returns to the screen as Ashley Abbott.

The Young and the Restless spoilers: The week of July 18, 2022 Brings Back an Abbott

Eileen Davidson has been a fan fave on the number one rated daytime drama for decades. What will Ashley be up to when she comes to town to visit her kin? Ashley is the sister of Jack Abbott (Peter Bergman) and Traci Abbott (Beth Maitland). In the past the sibs have had their share of ups and downs. Ashley is not a “blood” Abbott and there was a time when Jack took advantage of this.

Traci also had to deal with the fact that she thought their father favored Ashley. Ashley is a statuesque blonde with brains as well as beauty. As a chemist she is responsible for some of Jabot’s most popular products.

Y&R Brings Back a Fan Fave

Despite all their past turbulence, the siblings have been getting along great since the death of their wayward mother Dina Mergeron (Marla Adams).

When Ashley comes to town this time around fans can expect to see her interact with Phyllis Summers (Michelle Stafford) and Nikki Newman (Melody Thomas Scott).

Phyllis and Nikki are waging war with Diane Jenkins (Susan Walters) at the moment and it’s likely Ashley will join their alliance. Diane is Jack’s baby mama and his son Kyle Abbott’s (Michael Mealor) mother. Ashley is a fierce family protector and she does not want to see either Jack nor Kyle hurt by Diane.

The Young and the Restless Spoilers: What Happens in Genoa City?

Davidson also appears as Kristen DiMera and Susan Banks on NBC’s Days of Our Lives. In 2014 the beautiful and talented actress earned a Daytime Emmy Award for Outstanding Lead Actress in a Drama Series for her work on DOOL. In 2018 she won the award for her role on The Young and the Restless.

Davidson’s credits include the film The House on Sorority Row, CBS’ series Broken Badges, and in 2014, she joined the cast of Bravo’s reality series The Real Housewives of Beverly Hills. She appeared on RHOBH full-time until 2017.