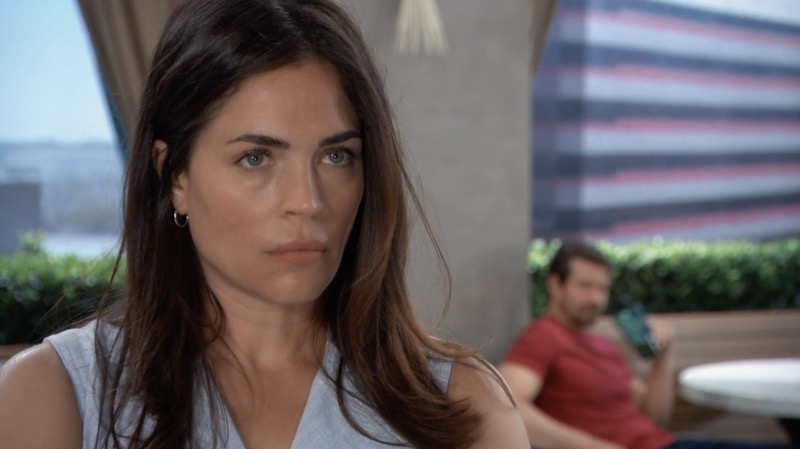 General Hospital spoilers indicate that Britt Westbourne (Kelly Thiebaud) will lose it on Cody Bell (Josh Kelly) the week of June 18-22. Britt will catch on to Cody’s tendency to pump her for information on Cesar Faison (Anders Hove). Is this Cody’s last straw?

General Hospital spoilers say Cody wants to know more about Britt. Britt will go out with Cody but their date is a flop. Britt will demand answers from Cody but chances are she won’t get them. Cody isn’t willing to open up about his motives which will make Britt even more upset. Britt knows Cody had to bribe someone to get a date in the first place. Will Britt finally get fed up with Cody’s attempts to get close to her?

Britt is still hung up on Jason Morgan (ex-Steve Burton) and Cody doesn’t come close to him. Is Cody simply not Britt’s type of guy? Summer spoilers suggest a romance for Britt so perhaps Cody can win her over. Dante Falconeri (Dominic Zamprogna) will worry about Cody. Austin Holt (Roger Howarth) is in trouble with his mystery man. Will his identity be revealed soon? Maxie Jones (Kirsten Storms) will accuse Damien Spinelli (Bradford Anderson) of stalking, will he come clean with her?

General Hospital’s Harrison Chase (Josh Swickard) will perform on the Haunted Star when Mac Scorpio (John J. York) hosts an open mic night. Marshall will be on hand as well with Epiphany Johnson (Sonya Eddy) and will try to get her to perform as well. Will the open mic night be a success? Could open mic night be the next best thing to Karaoke at Jake’s?

Will Britt and Cody get past their difference? Can Trina’s name be cleared? Will Esme finally pay for her crimes?

Y&R Comings and Goings: Ashley Abbott Back In Genoa City