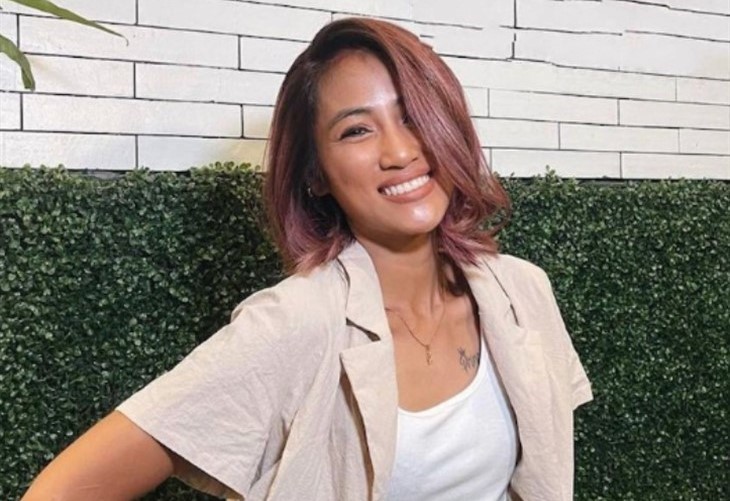 “90 Day Fiancé” fan-favorite Rosemarie Vega has openly talked about her present status with her older boyfriend, revealing that it might not yet be her right time to get in a relationship.

After two years since her break-up with the San Diego photographer Big Ed, the Filipina beauty told her fans she’s already found the one who loves her and her son, Prince. Rose made a name for herself after appearing in the “90 Day Fiancé: Before the 90 Days” season 4 and her fans were protective of her when she revealed of having a new boyfriend who appears to be another old American man, wishing that he isn’t using her because of her fame.

However, Rose made an update through her YouTube Channel, revealing that her new relationship is already struggling, just a few weeks after she fuelled an engagement rumor when she posted a photo of her hand with a cute star-shaped ring while holding her man’s hand during their romantic trip to Thailand.

Although Rose kept schtum about the engagement rumors, the 26-year-old single mother confessed to the camera in her latest video titled, “About my LOVE LIFE (I need to talk about this)” that her heart is not okay and what she’s feeling is beyond words.

For the first time since her fans have been asking her for more details about the man, Rose revealed that he’s older and their huge age gap is a factor in their problems. It seemed like her new beau had asked her to do something against her will because Rose admitted she doesn’t like it when her partner gets “frustrated” for not getting what he “wants” which jeopardizes his relationship with Rose.

Rose said that once her trust is already broken, it takes much effort to regain it especially because she’s been “traumatized” in her past relationships and doesn’t want to experience that hell again. She also talked about the importance of communication and understanding each other’s culture before settling in a relationship.

It also seemed that she referred to Big Ed when she shared that in her past she previously trusted someone, but that person broke her heart despite her being generous at giving second chances.

Aside from Rose’s failed relationship with her son’s father, Big Ed gave her a major heartbreak when he lied about getting a vasectomy since the beginning of their relationship. Ed became notorious when he insults her body and her impoverished state in the Philippines and when he asked her to get an STD test although he refused to get it himself.

Although Rose teased that it might not yet be her time for a happy ending, she said that she’s open to giving him another chance if he comes to the Philippines and if he loves her family, he might regain her trust.

Rose might give another update soon because at the end of the video a man was seen arriving at the airport with a heart-shaped balloon and a flower bouquet and went to her house and met her family.

Days Of Our Lives Spoilers: Which Jennifer Is Coming? It Looks Like Missy Now, But Cady Later!