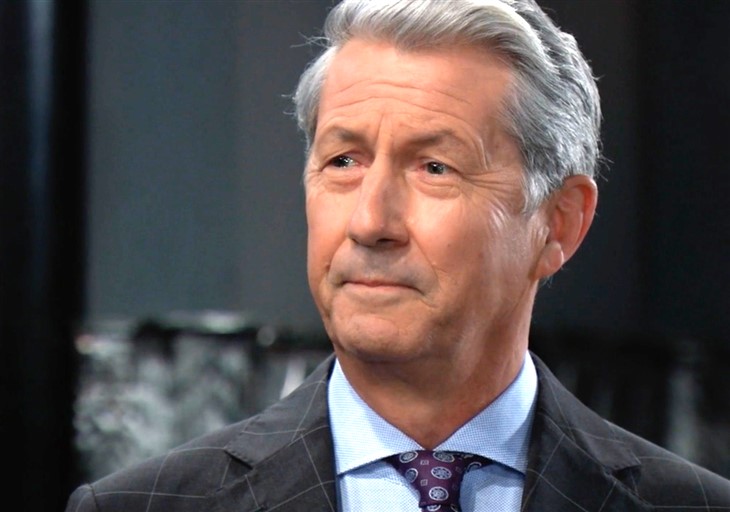 General Hospital (GH) spoilers and rumors tease that Victor Cassadine (Charles Shaughnessy) may in fact not be in possession of the Ice Princess and its technology as previously thought! General Hospital viewers will remember in a recent episode there was unusual heat in Port Charles and he was sweating along with everyone else!

General Hospital Spoilers – Could The Protocol For Using The Ice Princess Weather Machine Be The Buried Cassadine Secret?

General Hospital viewers will recall that Victor appeared to be behind the accident that killed Luke Spencer (Anthony Geary) because he called someone and talked about him being “neutralized” and shortly thereafter Tracy Quartermaine (Jane Eliot) appeared to be in possession of the actual diamond. Longtime General Hospital viewers will recall it was the diamond itself that was called “The Ice Princess” and it was on a base, comprising a statuette and the base contained the formula to use the large uncut diamond itself to run a weather machine.

Tracy might have the diamond, but it could have been separated from the formula; Victor seems to think that in Drew Cain’s (Cameron Mathison) repressed memories may be the location of the formula. But with the weather becoming unseasonably warm all of a sudden, could someone else have located the formula and the statuette and be controlling the weather-possibly an old enemy of the Cassadines?

On the other hand, General Hospital viewers know that what Tracy had may not have been the real Ice Princess; about nine years ago Luke and Laura Spencer, now Laura Collins (Genie Francis) were shocked when someone sent Lulu Spencer (most recently Emme Rylan) the Ice Princess!

But it wasn’t the whole statuette and formula, just a large uncut diamond; and it turned out to be the wrong one, and Lulu was kidnapped by Helena and Stavros Cassadine (Constance Towers, Robert Kelker-Kelly). Luke, Laura and Dante Falconeri (Dominic Zamprogna) rescued Lulu from Cassadine Island, where Stavros had frozen her in stasis, calling her his Ice Princess-it’s possible that Luke kept that diamond and that is what Tracy thought she had!

General Hospital viewers will recall Victor would have still been in prison at that time and while he may have known of the incident, he may not have known of the final outcome when it was discovered this “Ice Princess” had been a fake!

General Hospital Spoilers – Who Could Have Control Of And Be Using The Ice Princess Technologies?

General Hospital viewers know that Victor thinks that Drew Cain may have the secrets of the Ice Princess in his repressed memories and it is true that the United States Military has participated in weather experiments, such as Operation Popeye. During the Vietnam War, cloud seeding experiments to extend the Vietnamese monsoon in order to interfere with North Vietnam’s military offensives against South Vietnam, and Drew could have known some military secrets as a Navy Seal pertaining to weather control programs but not likely the Ice Princess specifically.

But General Hospital viewers will recall that Victor has spoken of a common enemy and is trying to bring all the Cassadines together to defeat that enemy; who may now possess the real Ice Princess and its technology already! If Drew is in possession of a buried Cassadine secret subconsciously it may be related to who has the real Ice Princess!