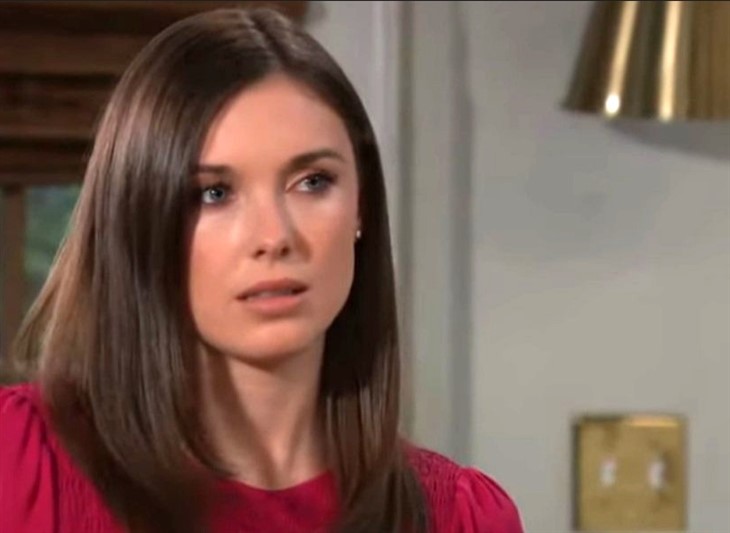 General Hosptial spoilers reveal a very sick Willow Tait trying to do anything and everything to make sure she has no support system whatsoever because everyone has their own problems.

When Willow (Katelyn MacMullen)was first introduced to the Port Charles scene, she was an independent young school teacher living on her own for the first time after just giving up her baby to protect him from his cult leader father, Shiloh, aka David Henry Archer (Coby Ryan McLaughlin). She didn’t know at the time that her baby had died and when she did learn the truth, our hearts broke for her.

But that Willow is gone now. This Willow definitely loves children but has no issue leaving the one she is raising with a nanny quite often. She also loves the comfortable life she is living as an honorary member of the Quartermaine family and she has no life of her own outside of being Michael Corinthos’ (Chad Duell) girlfriend.

Watching her kowtow to Michael and his clan has been bad enough for the last year, but her excuses for not telling anyone else she is sick made us wonder if Willow really has been taken over by someone else.

GH Spoilers – Disturbing Michael Corinthos And Fam Just Will Not Do

When TJ Ashford (Tajh Bellow) asked Willow why she didn’t want Michael to know she might be pregnant with health problems, she told him she couldn’t bother Michael with such things while he was sad about his dad cheating on his mom and trying to get revenge.

Who can disrupt such a thing? And Carly Corinthos (Laura Wright) just made a bad business move and lost her hotel. These are big first-world problems Willow cannot burden them with. So what if she might have cancer? Other people’s problems are much more important than her own.

Does GH know that women make up the majority of the audience and women do not want to see other women making so much self-sacrifice so that her rich boyfriend and his family can go on with their lives while not paying her much care at all? Is this who Willow now is? It doesn’t seem self-sacrificing. It seems self-defeating and this is not the character we first fell in love with in 2018. Stay tuned to General Hospital weekdays to see how this story plays out.