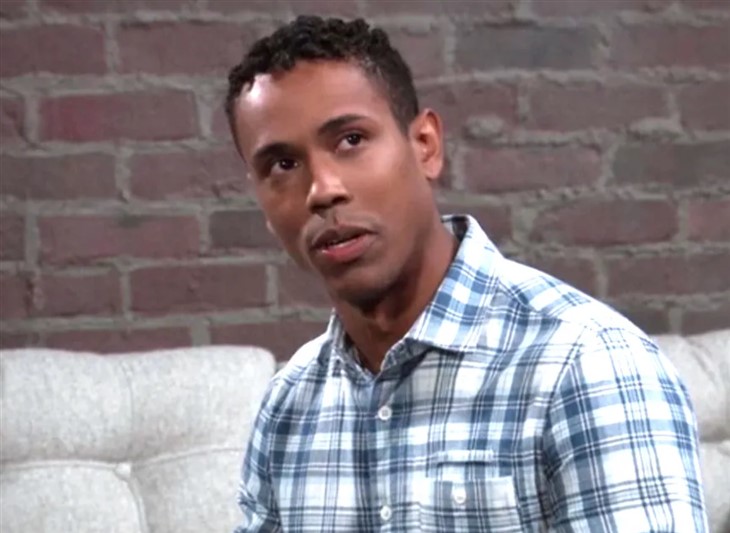 General Hospital spoilers tease TJ Ashford (Tajh Bellow) hasn’t been a doctor for long. After several years at medical school, TJ has taken a position at General Hospital. But those first few months have been difficult for the new doctor. TJ worked diligently to save Harmony Miller (Inga Cadranel) after she was hit by a car and seriously injured. Unfortunately, Harmony didn’t survive, and TJ took her death hard, especially because Harmony was the daughter of his good friend, Willow Tait (Katelyn MacMullen). Dr. Britt Westbourne (Kelly Thiebaud) did her best to reassure TJ, but it was still quite traumatizing.

TJ was able to deliver some good news to Willow not much later. Willow was thrilled when TJ announced that she was expecting a baby with Michael Corinthos (Chad Duell). But even that joy was short-lived because TJ ran some tests that indicated that Willow has an underlying medical condition that could potentially end her and her unborn baby’s life. While Willow is currently trying to remain strong, TJ will certainly be impacted.

GH Spoilers – TJ Ashford Has Had A Difficult Couple Of Years!

Awhile back, General Hospital spoilers reveal that TJ was abducted and beaten by Cyrus Renault’s (Jeff Kober) men. Cyrus needed to get TJ’s mother, Jordan Ashford (Tanisha Harper) under his thumb. Jordan eventually gave in to Cyrus’ demands and TJ was freed. But he suffered a great trauma and may not have processed what happened to him. In addition, TJ gave up his vacation in order to locate his missing grandfather, Marshall Ashford (Roger Gossett). But there may be even more underlying issues that could potentially impact TJ.

Marshall disappeared years before TJ was even born because he had begun showing symptoms of schizophrenia. Since there is a genetic component to the mental illness, TJ may soon begin to exhibit the signs himself. The beating he took, along with the stress of medical school, and the added pressure of being a new doctor might all contribute to TJ’s eventual breakdown. Schizophrenia or not, TJ needs to make sure to take care of himself especially given the stress he is under.

Will the stress of becoming a doctor impact TJ? Could he end up having schizophrenia? Can his friends and family rally behind TJ? Anything can happen in Port Charles so stay tuned to General Hospital airing weekdays on ABC. And don’t forget to check back right here regularly for all your General Hospital news, information and spoilers!