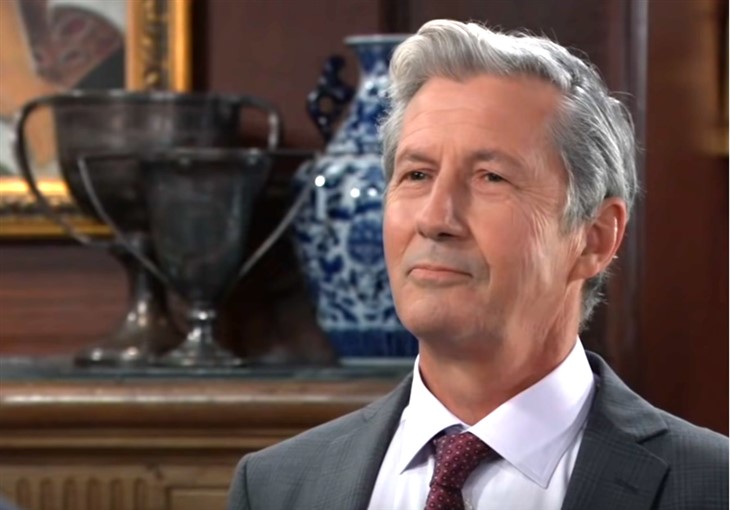 General Hospital (GH) spoilers tease that the legal system thinks that Spencer Cassadine (Nicholas Chavez) must do the time for his crime, namely bribing a guard and sneaking out of a treatment facility. But will Spencer shock everyone in Port Charles, New York, by agreeing that he’s a criminal who needs to be punished?

Nikolas is a lot of things, but part of the hoi polloi is not one of them. He had the cuffs slapped on him yesterday and now it’s expected that he will play the victim and use his family’s power and influence to get out of his consequence. What if he does the exact opposite and this is the beginning of his redemption story?

Spencer stated on the witness stand at Trina Robinson’s trial that he is guilty of breaking out of Spring Ridge in order to visit his mom’s gravesite on the anniversary of her death. It was a touching tale, the orphan who broke the rules for the love of a mother he never knew.

But justice is justice and now he is facing a return visit to the facility or worse. His uncle, Victor Cassadine (Charles Shaughnessy), managed to pull strings for his first stint at the relatively cushy facility and likely will step up again. But Spencer has every reason to try to be a better man, and her name is Trina.

Will Victor arrange for Spencer’s freedom, only for Spencer himself to reject the help? Spencer could shock everyone by manning up and refusing to take special treatment.

Ironically there is another good reason for Spencer to be locked up at the moment. When he gets wind of his father Nikolas Cassadine (Marcus Coloma) sleeping with his presumed girlfriend Esme Prince (Avery Kristen Pohl), fireworks will rock Port Chuck.

How lower does it get than to have one’s father betray you with your SO? Spencer doesn’t give a nickel for Esme, but the savage truth will stun him. Spencer is barely coming to terms with his dad lying to him about his “death” how will this latest cringe revelation hit the teen?

Maybe it will be enough to push him away from the Cassadine name and lifestyle? Will the truth, coupled with his love for Trina ultimately serve to put Spencer on the road to redemption?