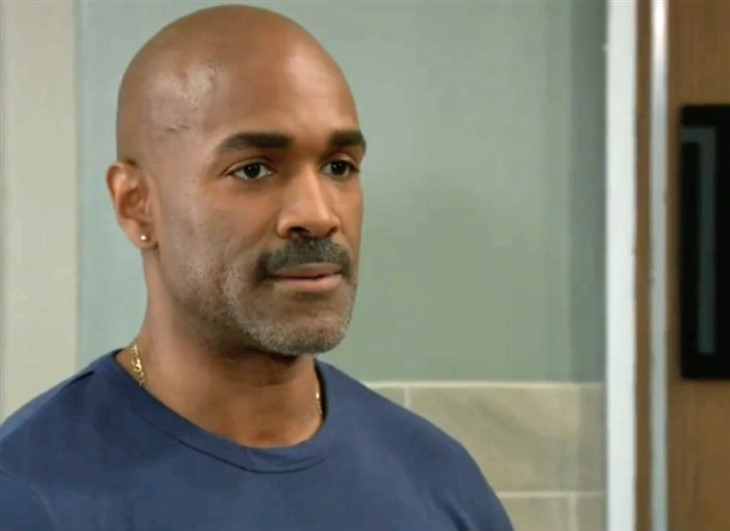 But Esme may have made a big mistake when she purchased the burner phone used to upload the video. Curtis was able to track the man, Oz Haggerty (Max Faugno) who Esme purchased the phone from. Unfortunately, Esme got to Oz first.

Oz demanded money from Esme to keep quiet. But Esme wasn’t about to be blackmailed so she poisoned Oz’s drink. Oz would have most likely died had Curtis not shown up. Curtis called 911 and Oz was sent to General Hospital where he was put into a medically induced coma until he could recover. Curtis has been waiting at the hospital for Oz to wake up and point the finger at Esme. Thanks to the excellent care at General Hospital, Oz should wake up soon.

GH Spoilers – Curtis Ashford Will Race To The Courtroom!

Once Curtis gets the proof he needs, it will be a race against time to get to the courthouse before the jury makes a ruling in Trina’s case. Trina will certainly be exonerated sooner rather than later and Trina’s mother Portia Robinson (Brooke Kerr) will be so grateful that she might accidentally reveal the secret she has been keeping for Trina’s whole life. And this is a secret that will turn both Trina and Curtis’ life upside down.

Viewers may remember that Portia and Curtis had an affair years ago while Portia was married to Marcus Taggert (Real Andrews). Portia has let Taggert believe that he is Trina’s father this whole time but that is likely not the case. So, when Trina is finally exonerated, Portia might accidentally blurt out the truth. Both Trina and Curtis will be shocked by the news. The revelation could end Portia and Curtis’ current relationship and change all of their lives forever.

Will Oz wake up in time to incriminate Esme? Will Trina be exonerated? Will Portia reveal that Trina is actually Curtis’ daughter? Anything can happen in Port Charles so stay tuned to General Hospital airing weekdays on ABC. And don’t forget to check back right here regularly for all your General Hospital news, information, and spoilers!

The Young And The Restless Dropped The Ball On Ashland Locke