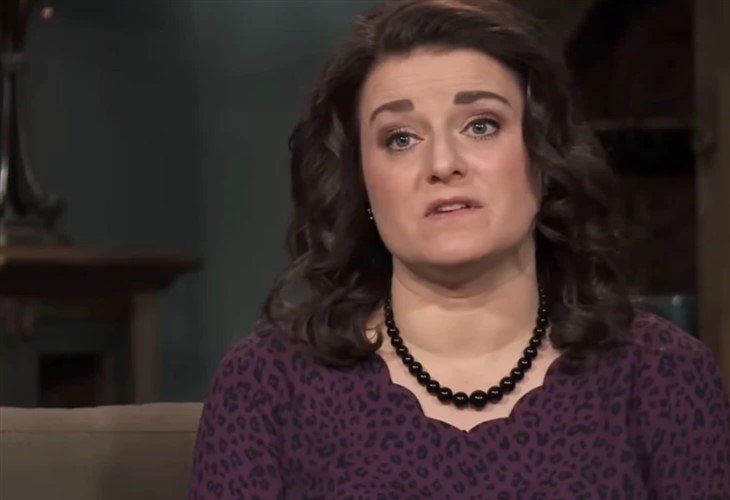 Sister Wives fans saw something play out in season 17 of the TLC show that surprised some of them when Mykleti confessed that she likes Robyn Brown. In fact, that was demonstrated more than once. So naturally, people wonder if Robyn was at the birth of the twins. After all, Christine Brown was bound to be there. And, everyone saw in the show that they don’t like each other.

Carrying twins means that the babies grew too big to stay in the womb. So this week, massively pregnant Mykelti was induced. In the last few months, fans were awed by the size of Christine’s pregnant daughter. Finally, she can get over the pregnancy and the delivery and enjoy being a mom to her three kids, two boys and a girl. When Avalon arrived, Mykelti told her Instagram followers that Robyn and Kody met her daughter. At the time, she loved that a baby brought unity to the family.

Mykelti also spoiled the current season of Sister Wives when she told fans that she and Tony Padron traveled to Flagstaff to film. Recently, fans saw the spoilers that revealed the couple chatting with Kody and Robyn, and it became really awkward. Remember, Mykelti assured Robyn that she would always be a “mom” to her. Of course, Kody cross-examined his daughter on what Christine might have said to her about her leaving Flagstaff.

Tony Padron posted a rare photo on his Instagram this week. In his caption, he said, “Just want to Thank Our Amazing Moms that came to help us. Y’all the best !!” In the photo, he wore white overalls, and on one side of him stood Christine. On the other side of him stood Robyn. Brown. A few other photos emerged of the babies and their mom. Of course, TLC fans said the little ones looked very: “cute.”

Given all the tension in season 17 of Sister Wives, it’s not a surprise that fans also talked about Robyn Brown being at the birth. One follower seemed particularly pleased and said, “So sweet that Robyn was able to make this birth! Christine and your mama look soooo blissful❤️ those grand babies are so loved!🥰❤️.” Notably, Christine looked happy and relaxed with Robyn in the room.

One Sister Wives follower said to Tony Pardon, “that’s what we all want to see! ALL the moms together celebrating this wonderful day! So glad to see Robyn was included ❤️.”

Of course, a few people didn’t take any joy from seeing Robyn at the birth. So, some of them slammed her for getting “what she wanted.” It is a common rumor now that Janelle and perhaps Meri also left Kody Brown.