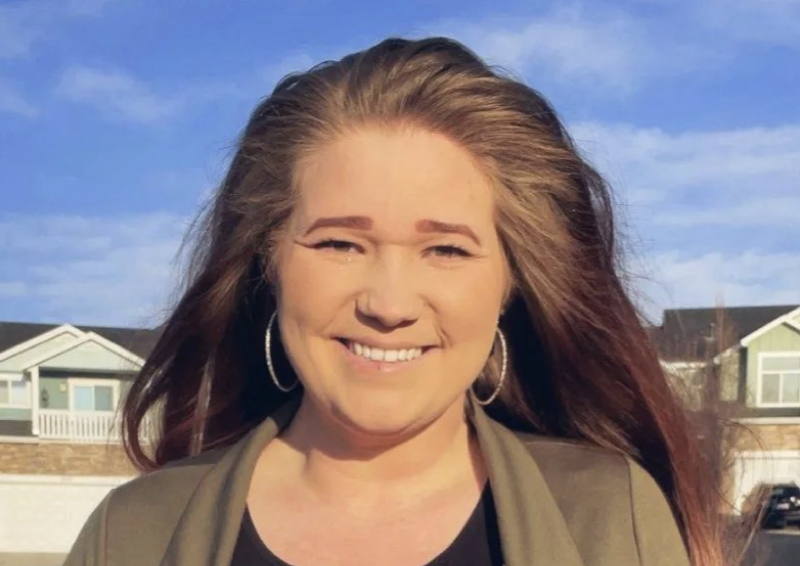 Sister Wives star Mykelti Padron raises her little girl, Avalon in Salt Lake City. That means that her grandma, Christine Brown gets to spend a lot of time with her. Recall, In Season 16, she told Kody that she was leaving him. Possibly, in season 17, TLC fans will see it all go down. Now that Mykelti seems to be filming for the next season, fans reacted to the news.

While Christine often appears in the TLC show, Myketi only occasionally features, and hardly ever as the main star of the episodes. Part of that might relate to the fact that her husband, Tony seemed very private. Even milestone photos of him seldom show him with their daughter, Avalon. Mind you he was featured in a clip the first time his daughter took a few steps by herself. However, there’s a chance fans might see him on the show again.

In a recent post on social media, the Sister Wives star said that they travel to Flagstaff. Well, it’s not as though they never see their family from there. Back in early June, Mykelti revealed that Robyn and Kody visited them in Utah to meet their daughter. At the time, she said, “Since that awesome bonding experience we’ve been able to see each other and continue to have Avalon get to know them all every few months.” Now that she expects twins, possibly her storyline will cover the family hearing the good news.

On the weekend, Redditor u/ComesandGoes31 grabbed a screenshot that Mykelti posted up on social media. The caption said, “Mykelti’s filming in Flagstaff this weekend…” Well, Kody’s daughter said in her original post, “It’s a traveling day for us,” adding, “we are filming in Flagstaff this weekend..” So, she took a break from “doing lives for a bit.”

Sister Wives fans hope that they might see the footage in the upcoming season of the show. However, TLC is notorious for dragging out stories on the show. So, one skeptical fan noted, “Oh boy! Maybe we’ll get to see this footage in 2025 when the twins she’s expecting are toddlers.”

TLC Fans React To The News

Sister Wives fans think it might be a bit of a relief to see other family members. One of them wrote, “Sick of hearing about quarantine and covid If they are going to have another season they should catch The audience up on the rest of the family.” Recall, that more than one season focused on that, just like Meri Brown’s catfishing storyline.

Meanwhile, another observant fan noted something. They wrote, “You forgot the best part! Mykelti replied to someone in the comments when they asked if she was filming Sister Wives she said: “I’m pretty sure. Funnily enough, I don’t actually know what I’m going down to film yet.” So, it’s not clear that she actually films for the main show.

What do you think about possibly seeing Myekti and Tony Padron in a new season of the show? Sound off in the comments below.