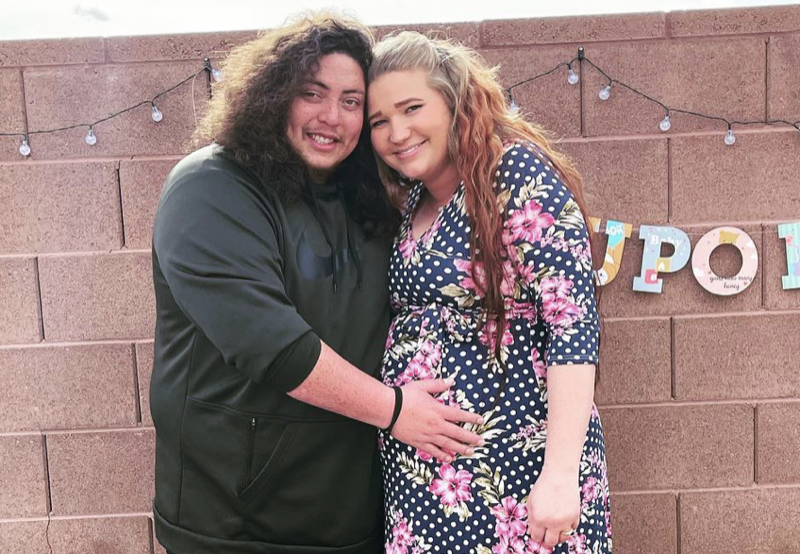 Sister Wives spoilers revealed that Mykelti and Tony Padron expect twins, which makes Christine Brown and Kody grandparents to six kids by 2023. If you haven’t heard the news, Maddie Brown Brush also expects a third child. This week, Christine’s daughter revealed the gender of her twins and fans hope to see the family react to the baby news in Season 17 of the show.

When Maddie Brown Brush produced her five-year-old son, Axel, he was the first grandchild in the family. Actually, considering that Kody produced a total of 18 kids, it took a long time for any grandchildren to arrive. Then, when Evie-K arrived that made two, a nice balance of a boy and a girl. Naturally, when little Avalon arrived, her grandma, Christine was thrilled. And now the toddler becomes a sister to twins, which sets Mykeli ahead in the grandbaby race.

Sister Wives fans hope that they might see a bit more about the twins that Mykelti expects when Season 17 comes along. Although they won’t be born yet, there’s always the possibility that the Brown family reveal their reactions to the news about the twins. In fact, Tony Padron and his wife recently traveled to Flagstaff and leaked that they would be filming. However, they didn’t confirm what they were filming for.

Mykelti and Tony Padron didn’t hang on for too long before revealing the genders of their twins. The TLC babies are set for arrival in December, but already, they dished about their genders. The news came via Mykelti’s Instagram, soon after the TLC stars dropped the news via People Magazine. In the caption, they said that they expect “twin BOYS on December 1st.”

Although the baby’s are expected in December, Sister Wives fans might see them welcome their new additions earlier than that. As Chrisitne’s daughter pointed, out, “they’re twins so really we’re thinking before Thanksgiving.” If you wonder what names they chose, they haven’t yet decided.

In the post, the Sister Wives stars seemed shocked that they will welcome two boys. Mykelti Padron wrote, “It was the last thing we both expected for both of them to be boys.”

Fortunately, with Christine living not far from them, Grandma will be on hand to help out. The TLC star said when the news first broke, that it’s going to be a lot of hard work, but the family will reach out and support the couple.

What do you think about the family expecting two boys? Before the twins, girls took the lead and that makes Maddie Brown Brush’s new baby in 2023, a tiebreaker. Shout out in the comments below.