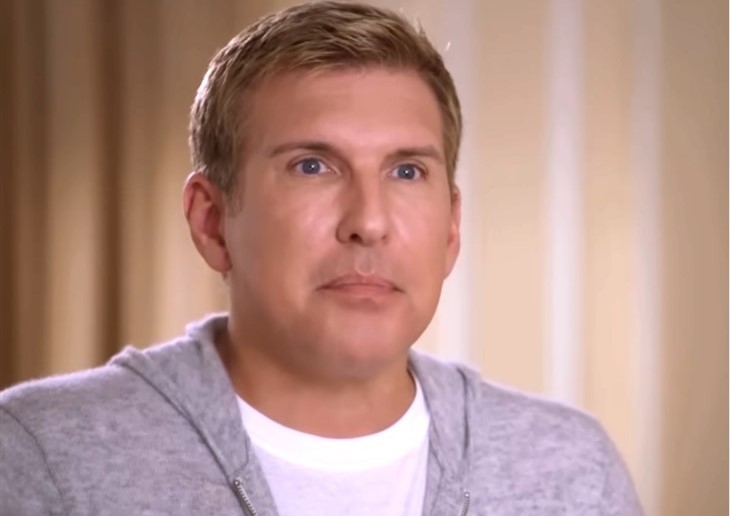 Todd Chrisley and his wife Julie were served with a combined prison sentence of 19 years and Chrisley Knows Best Fans were shocked. After all, they are apparently good Christians and Todd always believed they would get off. Anyway, he’s off to prison and critics hope it’s a horrid experience. However, it turns out that he might end up in the Club Med of federal facilities.

Todd Chrisley – Will Serve About 85% Of His Sentence

Apparently, the former USA Network stars will surrender themselves into custody in the new year. Recently, Julie opened up about how hard it would be because they have their young kids, Grayson, (16) and Chloe (10.) Right now, it’s a difficult time for the family who will celebrate their last Christmas together for a long time. If you don’t know, Savannah will take over custody of her younger brother and her niece who is raised by her parents.

Todd Chrisley seems beyond troubled about his mom, Nanny Faye. Bear in mind, he’s going to take a hit in his pocket b because all three of his shows were canceled. One of those, Love Limo, didn’t even make it to the screen. Additionally, there are reparations to be paid that could see him lose assets. So, his loyal followers pray daily that he will win his appeal against his tax and fraud-related offenses. Actually, a lot of them seem appalled that their hero will actually do time in a federal facility.

Todd Chrisley – Might End Up In A Club Environment?

Word arrived that the judge might send Todd to FCI Pensacola. It’s not a harsh prison with guards bristling with guns, and giant walls to scale. In fact, some federal prisons for non-violent crime seem almost country clubbish in comparison to others. This week, Bobby Bones talked about prison with someone named Ed, who did contracting work there. According to him, life in prison probably won’t see Todd suffer too much hardship.

Bobby’s followers were stunned to hear that according to Ed, the prison has a “golf course.” He added, “they’ve got tennis courts and a swimming pool.” Well, Todd Chrisley might feel right at home there. Everyone knows that he and his son Chase enjoy a round of golf. Ed also described the place as being like “apartments” rather than jail cells. Apparently, there simply aren’t any cells.

Todd Chrisley – The Gardens Are Maintained By The Prisoners

Todd Chrisley might have to work up a bit of sweat helping out in the gardens. After that, he probably goes for a meal in the dining hall. Naturally, Bobby Bones looked amazed, and some folks agree that for that lifestyle, it might be worth a bit of bank fraud.

One follower said in the comments, “Something tells me he’s gonna love it there.”

What are your thoughts? Let us know in the comments below.

Be sure to catch up on everything happening with the former Chrisley Knows Best star right now. Come back here often for all the Todd Chrisley spoilers, news, and updates.