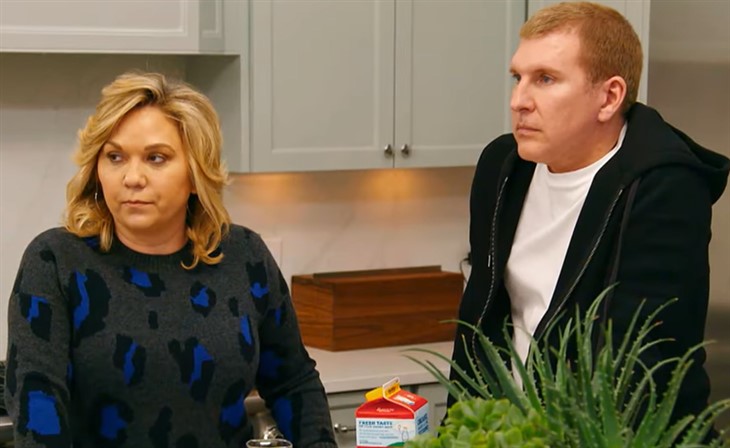 After nine seasons, Chrisley Knows Best, starring Todd Chrisley, Julie Chrisley, and their children E! and USA Network has canceled it along with Growing Up Chrisley and Love Limo, a dating show that Chrisley was set to host. All of this comes after the couple was sentenced for tax evasion on Monday. Todd has been sentenced to 12 years while Julie will serve 7 years in the case involving $30 in fraud.

Not only have Todd and Julie lost a combined three shows but their children’s careers have tanked along with them. Chrisley Knows Best debuted in 2014 and followed Todd, Julie, and their children. However, according to Deadline, it has now been axed. The spinoff, Growing Up Chrisley followed the couples’ children, Chase Chrisley and Savannah Chrisley.

The Chrisley sentence, which was handed down in Atlanta, comes not even two days after their son was injured in a serious car accident in Nashville. Upon release from prison, the Chrisleys will also be required to serve probation as well. Their probation period is set for 16 months each. The Chrisleys were found guilty five months ago on the tax evasion charges.

According to reports, the couple was not only convicted of tax evasion but bank fraud as well. Prosecutors claimed they took out $30 million in fraudulent bank loans. Prosecutors also said that the family used this money to fund their lavish lifestyle even before they became reality tv stars. It was also alleged that the couple used a production company to hide money from the IRS.

The dramatic trial also revealed that a former employee of Chrisley claimed that he and Chrisley had an affair that lasted a year in the early 2000 while both were with their current spouses. Mark Braddock turned against his ex-lover and business partner while on the stand. Braddock admitted to helping Chrisley commit these crimes.

Braddock revealed this affair for the first time on the stand to not only the world but his unsuspecting wife as well. Braddock was granted immunity for his testimony. Chrisley has been facing up to 22 years in prison while Julie was looking at up to 13 years. Both were charged with conspiracy to commit bank fraud, bank fraud, and conspiracy to defraud the United States.

Julie was also charged with obstruction of justice and wire fraud. The couple’s accountant, Peter Tarantino, has been reportedly sentenced to 3 years in prison for filing false corporate tax returns on the couple’s behalf. Throughout these proceedings, both parties have professed their innocence.

Keep checking back for news and update on the Chrisleys

Sister Wives Spoilers: Is Kody Letting His Anger Get The Best Of Him?