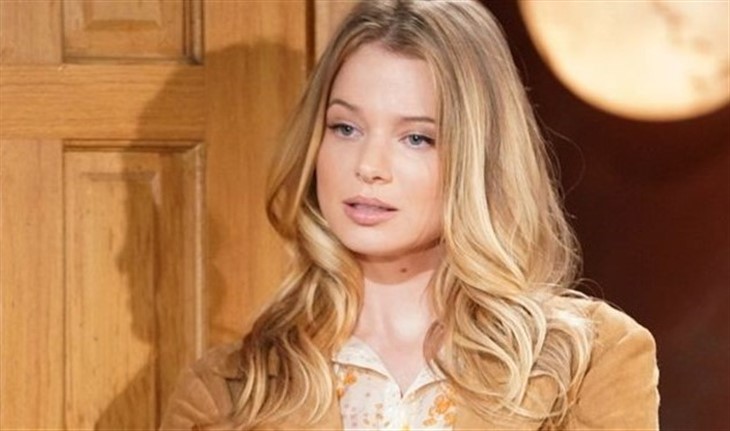 The Young and The Restless (Y&R) weekly updates tease emotional attacks, steamy seductions and defiant confrontations for the Newmans! Summer Newman-Abbott (Allison Lanier) strikes back at her mother, her brother Noah Newman (Rory Gibson) is caught in a seduction trap and their uncle Adam Newman (Mark Grossman) is defiantly confronted.

The Young And The Restless Spoilers – Emotional Attacks

Summer strikes back at her mom, Phyllis Summers (Michelle Stafford) after she figures out she was the one who told Jeremy Stark (James Hyde) to come to Genoa City. She doesn’t understand how her mother could put the whole Abbott family including her in danger over a grudge, sending him straight to their front door. Summer is emotionally charged as Phyllis remains smug even when Summer questions her putting little Harrison Locke (Kellen Enriquez) in the line of fire.

Phyllis lies to her own daughter, claiming she has no idea what she’s talking about when her grudge match with Diane Jenkins (Susan Walters) is a well-known fact. Summer keeps exploding at a self-satisfied Phyllis over her sending a dangerous criminal, Stark, right to their front door so he could get to Diane.

Elsewhere, the Noah-obsessed Audra Charles (Zuleyka Silver) tracks him down at the Glam Club, where he tells her if it’s an apology she wants, she has it and deserves it. Noah is sincerely sorry that he abandoned her when she was pregnant with their child, and regrets he didn’t know about it; he may have made a different decision. But Audra makes it plain she doesn’t want just an apology for the past, she wants HIM and she wants him NOW.

She’s intent on seducing him and she’ll likely succeed, ruining his relationship with Allie Nguyen (Kelsey Wang) if she finds out, which she likely will thanks to Audra. Or, Audra could decide to blackmail him after his failure, which she is bound to take advantage of further.

The Young And The Restless Spoilers – Defiant Confrontations

Elsewhere in the Glam Club, Billy Abbott (Jason Thompson) sits on the red couch with Adam, where Billy defiantly confronts Adam, who is trying to get him to butt out. Adam appreciated Billy reaching out and being there for Chelsea Lawson (Melissa Claire Egan) in her time of need, but now he thinks it’s time Billy takes a big step back. Billy pouts and shakes his head no, and defiantly tells him he can’t do that, implying Billy gets something out of being a hero, which he’s been accused of before.

Billy’s continued caretaking of Chelsea is causing friction with his significant other Lily Winters (Christel Khalil) as well. And even Sharon Rosales (Sharon Case) doesn’t think Billy and Adam’s competition over taking care of Adam’s baby mama is good for any part of Chelsea’s situation.