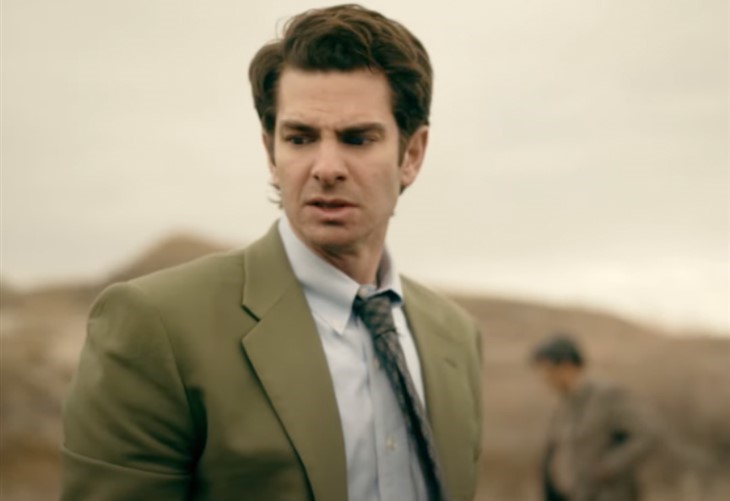 Under the Banner of Heaven spoilers reveal that we can expect the premiere next month on FX. This show has been highly anticipated and stars Andrew Garfield and now we know exactly when it will premiere.

Under The Banner Of Heaven Spoilers – The New Series

This new series is based on the nonfiction book Under The Banner of Heaven: A Story of Violent Faith. The book is all about the origin of the Church of Jesus Chris of Latter-day Saints and the double murders involved in this sect of Christianity. Garfield plays a detective who has been given the task of figuring out the murders. As he begins to dig deeper, he discovers the twists and turns in this case.

The newest trailer for the show has been released and it also stars the following: Sam Worthington, Denise Gough, Wyatt Russell, Rory Culkin, Seth Numrich, Daisy Edgar-Jones, and Sandra Seacat. There will be two episodes of the show released on April 28 on HULU in the United States. There will be a new episode each week for five weeks.

Under The Banner Of Heaven Spoilers – What To Expect

This show will keep us hooked on the story of the 1984 murder of Brenda Wright Lafferty and her daughter in Salt Lake City, Utah, where there is a very large population of LDS followers. Detective Pye, played by Garfield is a devout Mormon himself and while he is on this case, he will begin to question his own faith and what it really means to him.

You will see some intense drama and action on this show, as well as the spooky factor of a true-crime series. Fans of the book cannot wait until the premiere and they have high hopes for the series. We are pretty excited ourselves and know that Garfield will do a great job playing Detective Pye. Be sure to tune into HULU on April 28 to catch the new episodes.