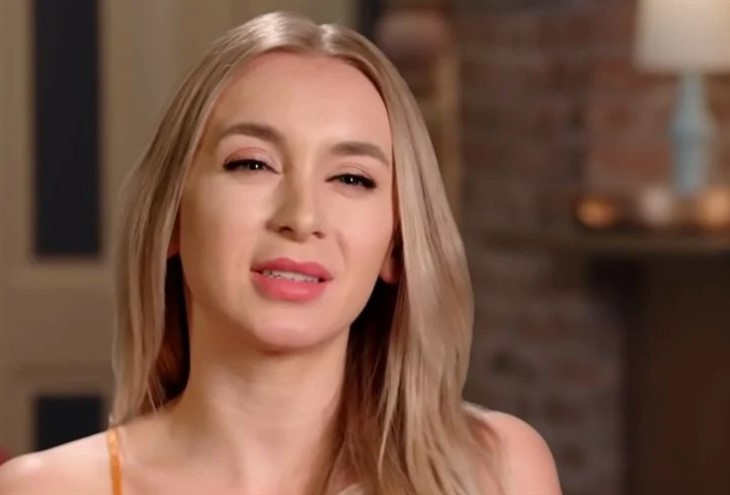 90 Day Fiancé star Yara Zaya, 27, was recently interviewed by Fox News, who asked her reactions to the ongoing invasion of her home country, Ukraine. Jovi Dufren’s wife and mother of one went on to condemn Russia’s invasion, stating, “War shouldn’t exist in 2022.”

Yara Zaya was born and raised in Ukraine, close to its border with Hungary. In the interview with Fox News, she said her family and friends are frankly “terrified.” She said that no one was prepared for the Russian invasion and went on to issue a heartfelt plea, asking people around the world to pray for Ukraine.

The 90 Day Fiancé star currently lives in Covington, Louisiana, and has been living in the US for two and a half years. When the invasion happened, Yara was just weeks away from visiting her native country, bringing her 18-month-old daughter, Mylah, to meet the family for the first time. Obviously, Yara has had to shelve the visit and is doing her best to help loved ones in Ukraine during Russia’s invasion.

In the interview with Fox News on Thursday, she said, “It’s honestly really hard for me because, yes, I do live in the United States now, but Ukraine, it is my home.”

“I love my country, and it’s just so hard for me to even think that in 2022, in this world right now, the war still exists, and people can kill other people for land and money.”

The 90 Day Fiancé star said she has spoken with her friends in Ukraine and they told her about waking up to explosions early on Thursday. She added that her friends are calling her all the time. Meanwhile, one friend told her, “Yara, I’m so scared. I’m hearing the bombs. I’m hearing the explosions. I don’t want to hear the noise.”

Meanwhile, Zaya is concerned about the lack of resources available to people in Ukraine. She pointed out that they weren’t prepared and don’t have enough water or food. Yara’s sister called her, saying she had tried to go to the supermarket, but there wasn’t enough food anymore.

The TLC reality star said she can’t sleep, as it is so hard for her to take, as it is her country, her friends live there and they don’t know what to do. Luckily, Zaya’s family lives close to the border with Hungary, far away from the explosions. However, despite this, she is worried that her nephew could be called up to the military.

The 90 Day Fiancé star said he is almost 18, at the age where they could enlist him in the army, but she said he is just a kid. “He doesn’t know how to protect himself. He will not survive over there.”

Yara did say that she is thankful to be in the US, but is still worried about what might come should the crises escalate. She added that the whole thing has made her scared of what is going to happen on that side of the world.

In closing the TLC reality star directly addressed the Russian President. “Vladimir Putin, and the people you know, stop whatever you’re doing. We’re living in 2022. War shouldn’t exist at this time. We should be living a normal life. Normal people shouldn’t die for money and land. This is ridiculous,” Yara said.

When asked what Americans and people around the world can do, Zaya asked for prayers. She told listeners to pray for the people who live in Ukraine right now. Yara said, “They cannot get anything.” On top of this, she says she can’t even transfer money to them as it doesn’t work right now. The only thing people can do is pray for Ukraine.

“I’m just hoping everything will be good, and they will understand that war shouldn’t exist right now,” she added.

90 Day Fiancé Spoilers – Readers Can Listen To The Interview On Fox News’ Website.

Yara also published a video, talking directly to her audience and explaining the situation right now. In the clip, included below, she says she will let people know how they can help as soon as she can.