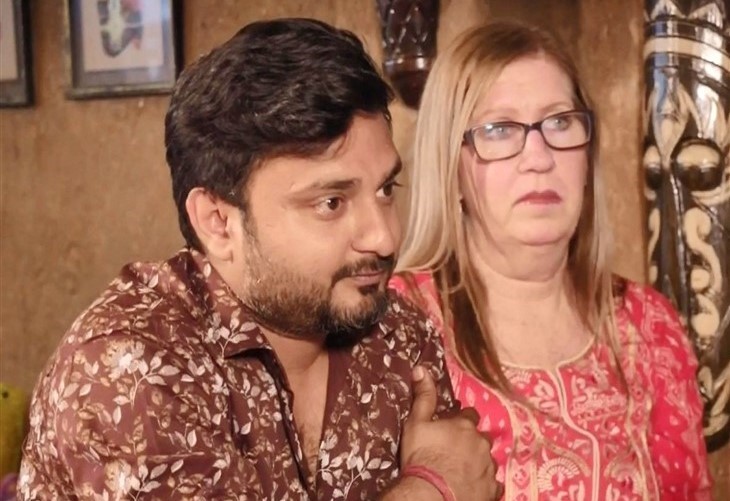 90 Days Fiance’ Jenny recently shared a photo of herself and her husband Sumit on social media. Fans are truly happy to see how much fun Jenny and Sumit are having now that they are married. Jenny says, “Love is so powerful! Try to avoid hate and negativity and your life will be most beautiful.” Fans worried that Jenny would never get to experience married life with Sumit since he refused for years to marry her. Of course, there was the issue of Sumit’s arranged marriage as well. Now that Sumit has finally married Jenny fans are thrilled to see them together. Fans took to Jenny’s comment section to express their happiness for her and Sumit.

90 Day Fiance’s Jenny took to social media to post photos of Sumit. Jenny shared, “I like me better when I’m with you.” Jenny and Sumit are obviously in love and are very happy. Fans weren’t sure for a while that Sumit truly loved Jenny. Sumit was so wishy-washy at one point that fans truly believed that Sumit was leading her on. Sumit even ordered their marriage papers to be postponed after promising Jenny he would marry her. Sumit used every excuse in the book to postpone their wedding. Jenny had to threaten to leave before Sumit would truly commit to her.

90 Day Fiance’s Jenny and Sumit haven’t confirmed anything about their plans for the future. However, rumors are swirling that Jenny and Sumit may have plans to start adoption proceedings. Of course, the couple cannot have children of their own because of Jenny’s age. Jenny and Sumit could give a child a good life. Presently, Jenny and Sumit are traveling to different places and having a good time. If they adopt an older child they could travel with it as well. Jenny has not released any plans for them to visit the U.S. but it is doubtful that they would move away from Sumit’s parents.

Days Of Our Lives Spoilers – Chloe And Brady Take Steps Back To Romance!