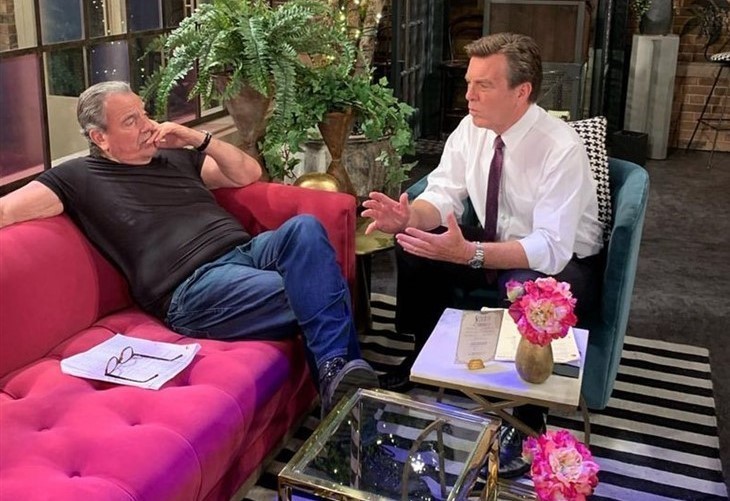 The Young and the Restless spoilers document Jack Abbott (Peter Bergman) sought advice from someone who he has often fought within daytime days gone by. Continuing with a more recent theme, Jack and Victor Newman (Eric Braeden) bonded at the Society Bar, with said advice giving Bergman’s character license to enter a new storyline.

Phyllis Summers (Michelle Stafford) will be part of Jack’s pursuit of mysterious texts that he has recently received. The ever-optimistic and encouraging Traci Abbott (Beth Maitland) was written into this exchange to provide historical context to Phyllis and to newer fans who do not recall Jack’s arguable most-touching love story.

Luan Nguyen Volien Abbott (Elizabeth Sung) died in 1996. Her loss was painful and grieved by the son she had with Jack, Keemo Volien Nguyen (Philip Moon), and Mai Volien (Marianne Rees), a daughter she had through her first marriage.

Y&rR Spoilers – Jack Abbott Has Rarely Spoken About Keemo Volien In The Years That Have Passed. Now The Audience Knows Why.

While Jack and Luan loved each other, Keemo harbors a deep grudge against his father. Hardcore fans know that was not true when Keemo moved away from Genoa City, Wisconsin, as he warned his father to be leery of Mary Jo Mason (Diana Barton), who was romantically involved with both men. Mary Jo was last known to be in a criminal facility after shooting Victor.

Victor was surprised to hear Jack mention parental regrets. When asked, Jack said that all is well with Kyle Abbott (Michael Mealor).

While Jack bought Victor a drink, after the Moustache agreed to stay and talk, he did not volunteer much detail about his state of mind. Victor suggested that Jack look forward rather than lament what could not be changed.

Meanwhile, Phyllis and Traci had a good heart-to-heart about Jack in The Grand Phoenix Hotel lobby. Traci detailed Luan’s importance in Jack’s life and Keemo having rejected inclusion in the Abbott family at that time in the plot.

Y&R Spoilers – Crossover Would Be Great

Phyllis determined that the texts he received came from Hao Nguyen (no actor’s name known for this role), who lives in Los Angeles, California. It would be great for Jack and Phyllis to take a trip to the west coast to check the location and potentially meet with whoever Hao is or determine if that name was used as bait.

Y&R and The Bold and the Beautiful have shared characters on many occasions. So, Jack and Phyllis certainly could appear on B&B.

If Phyllis is involved, then the Sheila Carter (Kimberlin Brown) angle should also be explored. Maybe that never-resolved storyline will be linked to unanswered questions that involve Jack’s estranged son, Keemo.