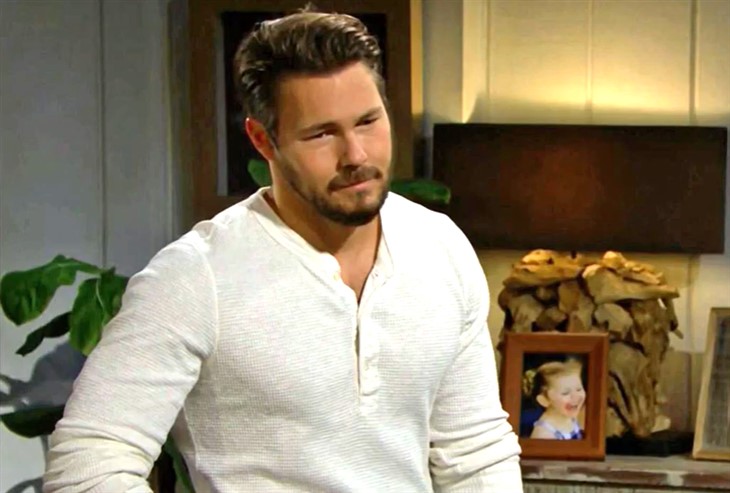 Tanner Novlan (John “Finn” Finnegan) may be leaving the show. Liam Spencer (Scott Clifton) and Steffy Forrester (Jacqueline MacInnes Wood) are sure to reconnect as Steffy will need someone to lean on. Will Thomas Forrester (Matthew Atkinson) go after Hope Spencer (Annika Noelle)?

The Bold And The Beautiful’s Thomas has never gotten over Hope. Thomas may have been dishonest in their relationship, but the two worked through their differences. Thomas and Hope do a great job co-parenting their son as well. Thomas has wanted Hope to the point of obsession and it has certainly caused problems for them and Hope’s family. Thomas thought a mannequin was Hope at one point. However, the two of them got past these issues and have gotten along fine. Thomas has even begun to get along with Liam as well. Is all of this about to change?

The Bold And The Beautiful’s Hope may need a shoulder if history repeats itself. It seems that whenever Steffy gets upset, she turns to Liam. Liam cares about Steffy and tends to have sex with her when she leans on him. It would be nothing strange for Liam and Steffy to fall into bed together. Steffy thought that Liam was her son’s father in the beginning because of this attraction. Will Liam fall into bed with Steffy again if something happens to Finn?

The Bold And The Beautiful – John Finnegan Sightings Have Been Scarce

The Bold And The Beautiful’s Finn has rarely been seen lately. Fans are beginning to wonder if he is off with Flo Fulton (Katrina Bowden) and Wyatt Spencer (Darin Brooks) who have also been MIA. Has Sheila Carter (Kimberlin Brown) kidnapped Finn so she can spend time with him? Where has Finn been while Steffy and Thomas have been helping to blow up Ridge Forrester’s (Thorsten Kaye) marriage? Rumors suggest that Finn will be killed off soon. What will happen to Finn? The most likely way for Finn to die is at the hands of his mother while she tries to get rid of Steffy. Will Finn get caught between Sheila and Steffy? Could Sheila accidentally kill her son because he jumps in to protect his wife?

There has been no confirmation of Finn’s death but with him not being seen online lately. Fans have to question Finn’s absence. Is the good doctor about to make his exit?