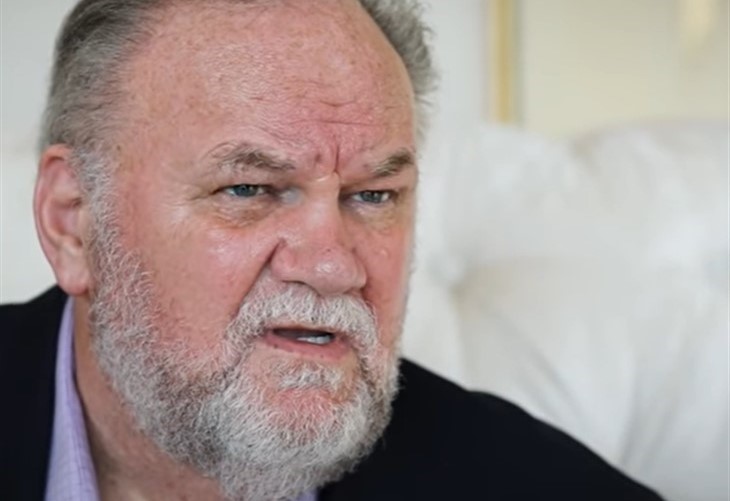 Last week, Mr. Markle, 77, launched his YouTube channel where he would be sharing updates about current trending news, including that of his daughter and her “ginger” husband.

Recently, Thomas Markle, the Duchess of Sussex’s estranged father, claimed that he stood up to a doctor who wanted to identify him and Doria Ragland’s daughter as black. He objected because he strongly believed that his daughter should be identified as mixed race.

Mr. Markle appeared on his newly launched YouTube channel with celebrity photographer Karl Larsen and shared the story about how he argued with a doctor to have Meghan’s birth certificate identify her as mixed race.

“I even had to argue with the doctor, and have him write that she was mixed on the birth certificate because he wanted to mark down ‘Black,’” Mr. Markle said.

He went on to add that he “had no problem with Black or white, but in my mind, it should have been mixed.”

Meghan Markle was born on 4 August, 1981, in Los Angeles to lighting director Mr. Markle, who is white, and Ms. Ragland, who is black.

The law at the time ruled that if a child is born to parents of different races, then the child must be identified by the race of one parent.

It wasn’t until after 1999 that the provision for more than one box was made possible in order to clear up the confusion caused by forcing parents to make an inaccurate choice.

The National Center for Health statistics, part of the Centers for Disease Control and Prevention, updated its rule in time for the 2000 census, allowing for multiple boxes to be ticked when answering the race question.

Meghan Markle On Race And Identification

In 2015, the former American actress wrote an essay for Elle about growing up mixed-raced, in which she described an incident that forced her to leave the boxes blank because none could identify her properly.

In the essay, the 40-year-old wrote: “There was a mandatory census I had to complete in my English class – you had to check one of the boxes to indicate your ethnicity: white, black, Hispanic or Asian. There I was (my curly hair, my freckled face, my pale skin, my mixed race) looking down at these boxes, not wanting to mess up, but not knowing what to do.”

She went on to describe her dilemma when she found out she could only choose one box, recalling how her teacher advised her to choose Caucasian “because that’s how you look”. However, she said: “I put down my pen. Not as an act of defiance, but rather a symptom of my confusion.”

At the end of the day, she said she ended up not ticking a box, because she felt like “an absolute incomplete”.