Could Prince Harry And Meghan Markle’s New $14 Million Estate Go Up In Smoke? 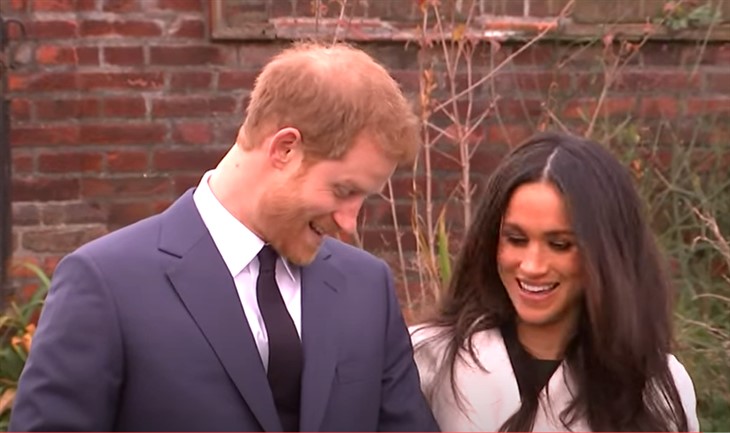 It’s a given these days that Prince Harry and Meghan Markle won’t be ponying up any of their own cash to pay for their “immense” security needs. Prince Charles does that through his Duchy of Cornwall (it’s still British taxpayer money though). With that said, the Duke and Duchess of Sussex have plopped down quite a hefty sum in order to upgrade and maintain their luxury lifestyle. For those who don’t know, Prince Harry and Meghan bought a $14 Million mansion in Santa Barbara.

Meghan and Harry now live in the same neighborhood as Oprah Winfrey and Kevin Costner among other big-time celebs. Of course, Sussex cheerleader, Omid Scobie, the co-author of “Finding Freedom,” has gushed that Prince Harry and Meghan used their own money to purchase the 9-bedroom estate in an act of independence, as if using inherited money was somehow the equivalent of earning it.

Regardless of how Prince Harry and Meghan Markle obtained the cash necessary to buy their new real estate, some experts believe that a $14.5 Million investment could be a bad investment.

The truth is that while Prince Harry is well-known for all his environmental activism (and his rank hypocrisy on the matter) karma could catch up to the duke. The Earth itself could slap back at the Duke and Duchess of Sussex as the area that Prince Harry and Meghan purchased their home is a region known for both devastating earthquakes and raging wildfires. Indeed, one wonders if Prince Harry and Meghan Markle researched living in Santa Barbara County before they bought … or if they just heard that Oprah lives there and decided that if it’s good enough for her, it’s good enough for them.

However, it’s clear that Prince Harry and Meghan have willfully placed themselves, Archie, Doria Ragland (Meghan’s mom), their dogs, and their $14.5 Million investment in danger. After all, according to local Santa Barbara news, “The Santa Barbara County Fire Department received more than 300 calls for lightning-related incidents from 7 a.m. to 1 p.m.” on August 15, 2020, alone. The news went on to note that, “Fire officials are still working to determine how many fires broke out Saturday.”

Even if Harry and Meghan ignored what might seem relatively mild reports of fires, the history of Santa Barbara County and wildfires ought to have given them pause. However, Harry and Meghan probably didn’t even consider the Thomas Fire of 2017, which burned 440 square miles of land and destroyed 1,063 buildings!

Prince Harry Forgot About The Mudslides

Over the past year, as many as 190 earthquakes have hit Santa Barbara County. Moreover, following the Thomas Fire mentioned above, 23 people died in massive mudslides that occurred in the neighborhood of Montecito (the location of Harry and Meghan’s new house). Additionally, over 18% of all homes in the area were “deemed uninhabitable!”

The truth is that most do wish Meghan and Prince Harry well. Yet if Prince Harry and Meghan are going to walk into what could be a deathtrap, many believe they should do so with eyes wide open. As British billionaire, Alki David said about the whole situation, “I love Harry and Meghan and it is only fair they should know about the risks in Montecito. Two dear friends recently lost homes in that area to fires, many other innocent people have died.”

The Young And The Restless Spoilers: Theo Is Younger Version Of Billy – Can Lily Handle Working With Both Men?

The Bold And The Beautiful Spoilers: EP Teases New Romances, Epic Love Triangles, And The Truth Behind Flo’s Kidnapping