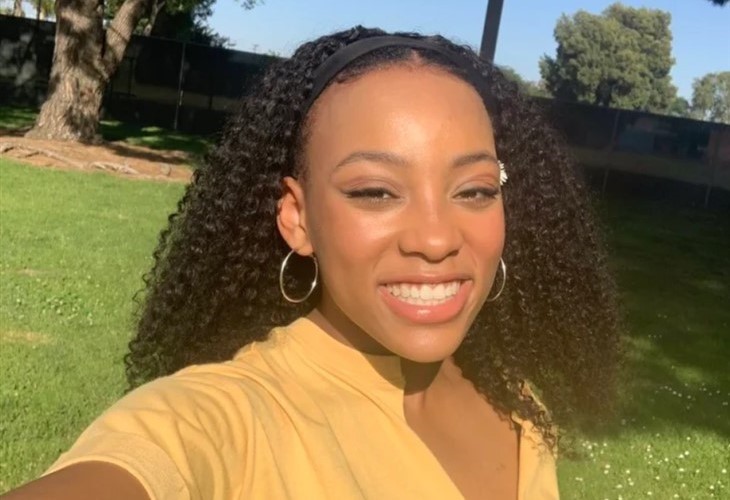 General Hospital (GH) spoilers reveal that fans will say goodbye to Sydney Mikayla in the role of Trina Robinson on Thursday, March 17. The good news is that while fans will definitely miss the immensely talented actress, she is leaving for the best reason—to focus on her college studies!

The Daytime Emmy nominee is a UCLA coed and we wish her all the best as she begins her new journey. She talked to Soap Opera Digest’s Dishing with Digest podcast and we have her parting thoughts here.

Mikayla said that GH execs were supportive of her decision, and the family told the show that she planned to attend college when she was offered a contract in 2019. “I was like, ‘Just so you know, I am planning to go to college. I 100% want to do this role [but] we have to be ready that when I go to college, I’m not sure if I’m going to be able to stay or go.’”

At the time Mikayla was a high school sophomore at the time so she definitely let the show know of her plans ahead of time.

GH Spoilers – There Will Be A New Trina Robinson

The actress is a sociology major and on the show Trina and her teen set friends have also begun college. UCLA has a quarter system which means that Mikayla was juggling work on GH with a condensed school schedule.

In the beginning, “I think my parents and I called it the ‘tester quarter,’” she said. “We tried to see, is this going to work? Is this feasible? We didn’t really expect how crazy a 10-week quarter is. Because we’re learning the same information that you would learn in a semester in half the time. So that was a pretty crazy experience.”

Ultimately her schedule proved too full to accommodate working on a soap opera. She said the decision to leave GH was not an easy one but knew she wanted to experience her college years to their fullest.

“I knew I’m only going to be able to do this once. Of course, there was a little bit of hesitancy. But choosing what feels right for you… whatever is meant to be will come back around.”

The role of Trina has been recast with daytime newcomer Tabyana Ali. Mikalya said, “I wish Tabyana the absolute best. She will have the time of her life, I’m sure. And I’m very excited to see the role continue. And I’m grateful to see that the work that I put in kind of planted a seed.”