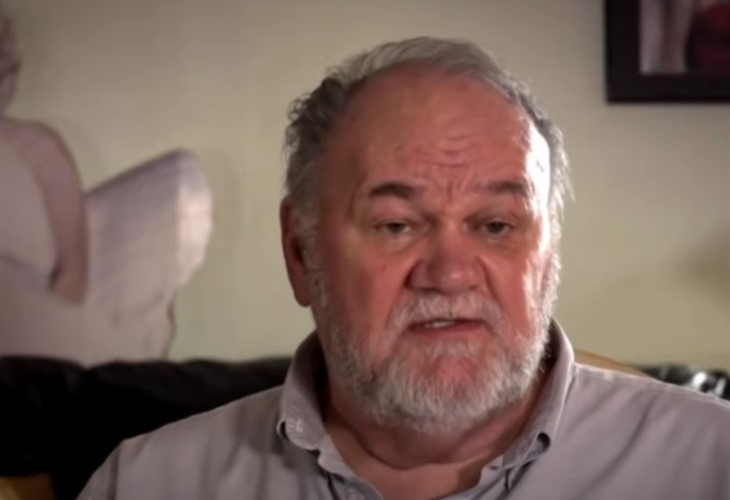 British Royal family news reveals Thomas Markle may not be of royal descent, but he’s still able to find similarities between himself and future King Charles. According to the Duchess of Sussex’s father, Prince Harry and Meghan Markle are ghosting both their families.

In an interview that aired on “60 Minutes Australia” this Sunday, Meghan Markle’s father, Thomas Markle, made comparisons between himself and Prince Charles.

“I think we’d get along quite well, and it’s unfortunate what’s happened to him as well,” Thomas said of Charles. “He seems like a likable guy, and I actually appreciated the fact that he walked my daughter down the aisle. I certainly couldn’t have asked for a better replacement, although I would love to have done that.”

The Prince of Wales stepped in to walk Meghan Markle down the aisle at St. George’s Chapel on May 19, 2018. Unfortunately, her father couldn’t be present because he underwent a heart procedure shortly before the royal wedding.

Meghan pleaded with the public at the time, writing, “I have always cared for my father and hope he can be given the space he needs to focus on his health.”

However, court documents released in 2020 saw the Duchess giving a different account of the reason for her father’s absence at her wedding. She stated that her father had refused to attend “as a result of him being so publicly shamed” by the press for staging paparazzi photos.

The Duchess Hasn’t Spoken To Her Father In Three Years.

When Thomas Markle was asked whether he saw similarities in Harry and Prince Charles’ relationship, he replied, “Yes, I see them both ghosting their families completely.”

He added: “Now they’re alone in a huge house they could probably accommodate 20 people in, and it’s just the four of them. But I don’t think they’re going to have relatives over for a barbecue tomorrow, or next week, or next month.”

Thomas Markle has also formerly alleged that his daughter Meghan Markle rarely speaks to him and rarely cares about helping him out financially.

The Duke of Sussex began having a public fallout with his father Prince Charles after his highly publicized exit from the royal family with his wife Meghan in 2020. In his popular sit-down with Oprah Winfrey in March, he revealed that his father refused to pick his calls after he shared his plans in late 2019 to step back from royal life.

At the time, he added that though “there’s a lot of hurts that’s happened,” he’d “continue to try and make it one of my priorities to try and heal that relationship.”

He further spoke about his rift with his brother William, calling their relationship spaced at the time. Though the brothers reunited for Prince Philip’s funeral, Harry continues to prove that his relationship with Prince William is yet to be fixed.

Harry also spoke out about his father, basically calling him a bad parent for not stopping the “cycle of pain.”

Another major topic the couple discussed during their bombshell Oprah interview was how Meghan couldn’t receive help from the royal family when she was struggling with mental health issues.

As to this claim, Meghan Markle’s father finds it false and contradictory.

Harry “contradicts himself so much,” Thomas said. “It’s like with my daughter — he said my daughter was thinking of suicide and he went to the royals and they wouldn’t help him. Well, you don’t go to the royals, you pick up the telephone and you call the doctor.”

What do you think of Thomas Markle’s comparison?  Share your thoughts below and check Soap Opera Spy daily for more Royal Family news and updates.

Days Of Our Lives (DOOL) Spoilers: Ben Takes A Step Towards Ciara – Belle and Shawn Shocked