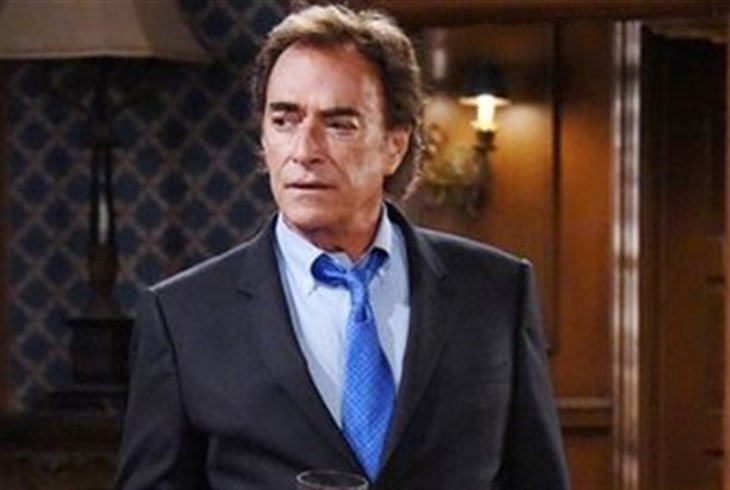 Days of Our Lives (DOOL) spoilers for Wednesday, March 2, 2022, reveal the happenings on Kristen’s island hideaway coming to a close as other DiMeras start to bear down on the compound.

Days Of Our Lives Spoilers – Will Tony DiMera Step Into A Time Machine?

It’s only been about 40 years since Tony DiMera (Thaao Penghlis) was in love with Renee Dumonde (Philece Sampler), who turned out to be his sister, but then he learned she wasn’t his sister and they made love. All these decades and head writers later, we’re still not sure if Tony slept with his sister because Tony’s paternity changes from day to day and year to year. But, if he did, he’s going to have some explaining to do to Sarah Horton (Linsey Godfrey).

As Tony and Chad DiMera (Billy Flynn) board a plane to rescue Abigail DiMera (Marci Miller), they have no idea what they are really in store for and Tony is going to have some explaining to do when it comes to one of Kristen DiMeras’s (Stacy Haiduk) hostages.

DOOL Spoilers – Back On The Island…

Kristen really has tried to be the best hostess possible on her island hideaway. She is feeding her guests well, she makes sure they have comfortable beds to sleep in, and everyone is dressed for a tropical vacation in their summer best. Why would they even want to leave?

Well, Steve (Stephen Nichols) and Kayla Johnson (Mary Beth Evans) definitely want to leave, but will she allow them? Spoilers say that Kristen does something nice for the pair. Does she present them with a romantic candlelight dinner or does she give them their ticket to freedom off the island?

Days Of Our Lives Spoilers – Back In Salem

Tripp Johnson (Lucas Adams) is still reeling over how his proposal to Allie Horton (Lindsay Arnold) went. She said yes, which is just what he wanted, but then Johnny DiMera (Carson Boatman) — aka JoDevil — ruined it all by announcing that Allie slept with Chanel Dupree (Raven Bowens).

Tripp was devastated and took back the ring and then Allie was devastated because she really wanted to marry Tripp. Roman Brady (Josh Taylor) learns all about what happens and tries to be a listening ear for Tripp, but he also tries to convince him to give Allie a second chance. Will he succeed? Stay tuned to Days of Our Lives weekdays to see how these stories play out.

The Bold And The Beautiful (B&B) Spoilers: Is It Time For A Taylor And Brooke Cat Fight?