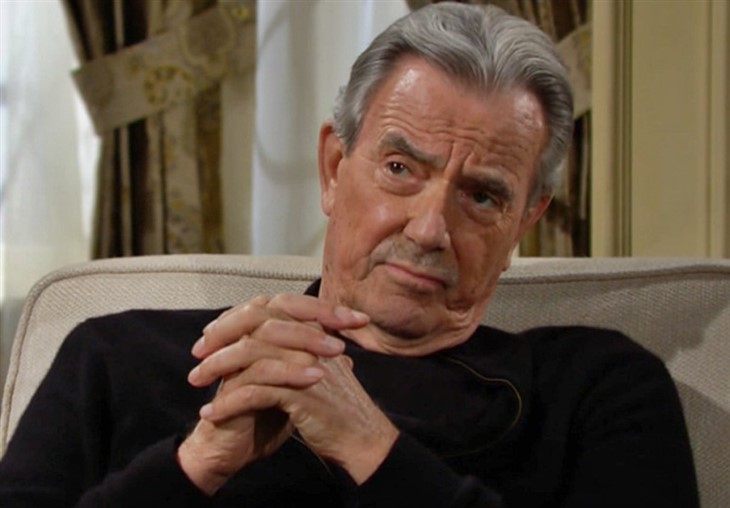 There was something about the so-called Lockeness Monster that rubbed Victor the wrong way. Call it soapy suspicion, with the leading man of this show rarely being proven wrong.

Michael Baldwin (Christian Le Blanc) was contemplating retirement when Victor just so happened to walk into Society. He entered the family conversation, learned that Genoa City, Wisconsin’s District Attorney might be leaving his post, and offered him a version of his old job back.

Longtime viewers recall that Michael served as Victor’s attorney at Newman Enterprises for many years. He was also the Moustache’s fixer, with both men not always agreeing on how certain situations should be addressed.

Michael’s resignation from his public post was coupled with the acceptance of Victor’s offer to work as his independent barrister. The trip to Peru played out weeks later, with Michael hitting pay dirt.

Victor is methodical. He knows that Ashland is sharp. So, the video is worthwhile evidence.

But the hammer that can thwart Ashland’s plans is proof of a money connection. Ashland has proven to be persuasive with Victoria. So, if Victor does not provide her with irrefutable information, she might forgive her husband once more.

Michael must obtain evidence of the money Ashland provided to the clinic in return for it creating a fake, terminal diagnosis.

The Young And The Restless Spoilers – Ashland Locke Was Never Ill?

The doctor Michael spoke to is implying that the clinic somehow confirmed Ashland was never ill. But viewers know Newman’s character was diagnosed last year.

Victoria and Ashland took a trip to New York months ago. They said that did not go well, with Ashland wanting another opinion. Then he brought his new friend, Nate Hastings (Sean Dominic), in to serve as a medical advisor.

Ashland might avoid Victoria reaching the same conclusions Victor has if cancer existed in some form and was eliminated. But if Ashland has been lying the entire time, then Victoria’s future is in jeopardy.

Victoria will be forced to confront heinous personal betrayal on such a sensitive topic. Plus, she will need to deal with the tight legal tied to Ashland through the merger between Newman Enterprises and Locke Communications that she championed.