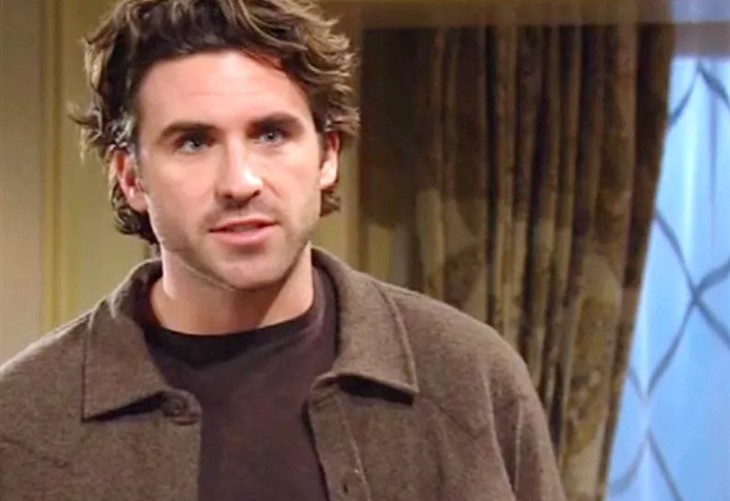 The Young and the Restless (Y&R) spoilers for Thursday, May 26, 2022, reveal Chance witnessing something unexpected.

The Young And The Restless Spoilers – Left Out In The Cold?

Chance Chancellor (Conner Floyd( has been having a very hard time of things since he got back from his secret government mission in which he was presumed dead. He still can’t seem to bond with Dominic and his PTSD has not subsided as much as he would have liked. Now, he sees Abby Newman Chancellor (Melissa Ordway) and Devon Hamilton (Bryton James) together bonding with Dominic and he feels left out — especially since they seem to be bonding with one another.

Will Chance end up turning to someone else with whom he feels comfortable? After all, he and Abby only seemed to marry so they could have kids together. Were they really meant to be together?

The Great Victor Newman (Eric Braeden) never takes anything lying down and that includes anyone or anything that interferes with his family’s happiness. On Wednesday, he gave Ashland Locke (Robert Newman) a strong warning that probably didn’t do any good, and now it’s time to do the same with Diane Jenkins (Susan Walters).

After all, Nikki Newman (Melody Thomas Scott) and Diane just had quite the row at Crimson Lights. This woman better not mess with his wife and family after all she put everyone through over the years. Victor’s warning are likely to go right over Diane’s head as well.

The Young And The Restless Spoilers – Billy Abbott Makes Another Mistake

Somehow Lily Winters (Christel Khalil) is putting up with Billy Abbott (Jason Thompson) doing a pointless nighttime podcast lamenting all his woes. She is a very good girlfriend, but she learned a lot about men and pointless business endeavors all the years that she was married to Cane Ashby (Daniel Goddard).

On Thursday, Billy will do something daring on his podcast, but will it result in something good or bad? Since this is Billy, we’d have to say bad. After all, when does Billy ever make a success of anything without messing it up in what seems like mere minutes. He never seems to change. Stay tuned to The Young and the Restless weekdays to see how these stories play out.