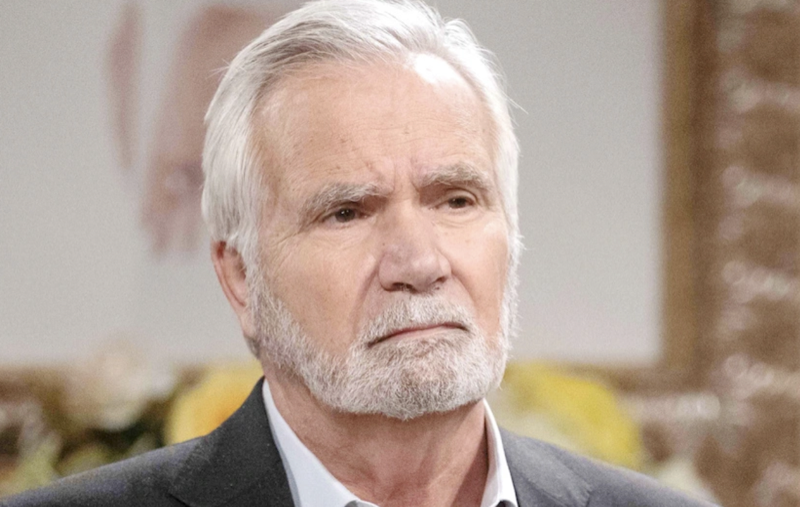 The Bold and the Beautiful (B&B) spoilers for Thursday, May 26, 2022, reveal Eric having to play referee while putting his foot in his mouth.

The Bold and the Beautiful Spoilers: Protecting Finn

No good could have come from Ridge Forrester (Thorsten Kaye) moving back in with Eric Forrester (John McCook) and Quinn Fuller Forrester (Rena Sofer). Rather than having fights with Taylor Hayes (Krista Allen) and Brooke Logan Forrester (Katherine Kelly Lang) elsewhere, it’s not just where Eric lives so nothing changes. And after that brief truce, Brooke and Taylor seem at it again. It’s Eric who has to diffuse things between the two women.

Who wants to bet he takes Brooke’s side without trying to look like he is taking brooke’s side. He always sides with his ex-wife and mother of two of his children. Why should anything change now? He already told Quinn that he thinks Brooke and Ridge are each other’s destiny. Does he feel the same way about himself and Donna Logan (Jennifer Gareis) as he continues to make Quinn look like a fool? Eventually, Eric will be found out and he and Ridge may be able to commiserate together as they look at their sad love lives. Or maybe things aren’t so sad for Eric?

Paris Spars With Her Mother

When Quinn does find out about Donna and Eric, she will want to learn on Carter Walton (Lawrence Saint-Victor), but he has enough problems on his hands with an obsessed Paris Buckingham who insists he’s the one for her as he insists that he is most definitely not. She should be with Zende Forrester (Delon De Metz).

Grace Buckingham (Cassandra Creech) feels the same way and she demands that her daughter choose Zende over Carter. That doesn’t seem like it will go over well as Paris seems to have a mind of her own and that’s what can be dangerous. It really does seem like Zoe Buckingham (Kiara Barnes) was the saner sister and there was very good reason she didn’t want Paris to stick around. When Paris gets set on a man, there looks to be no stopping her. That might also be the reason Quinn decided she never liked the young woman from the start. Stay tuned to The Bold and the Beautiful weekdays to see how these stories play out.