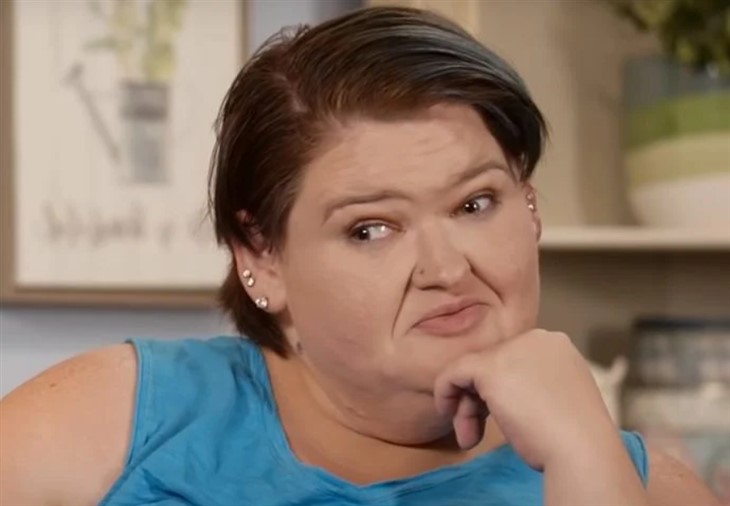 1000-LB Sisters fans heard that Amy Halterman expects a boy and she will deliver by C-Section on July 15, 2022. Each week, she takes to her Instagram and shares graphics of the size of her next son. Well, fans wondered what she’ll name the new kid. However, she didn’t actually confirm it yet. So, followers anticipate another horror name taken from the movies. Actually, many fans hated that she selected the name Gage for her firstborn. Now, they discuss what horrendous name choice will come along for baby number two.

When Amy Halterman did her gender reveal, fans thought that she confirmed she chose another horror name for her second son. At the time, she said, that they would name him “John Alan,” or “John Boy” for short. Well, it’s not exactly certain, but she may have chosen the name of the filmmaker John Alan Schwartz, If you don’t know, he was famous for the controversial Faces of Death franchise. TLC fans already know that the name she chose for her first son was taken from Gage Creed. Recall, that he was the scary boy who was resurrected as a killer in Stephen King’s book, Pet Sematary.

Whilst the 1000-LB Sisters star is more popular than her sister Tammy, she still gets her fair share of critics. TLC fans don’t have to be Christians to get the chills that someone would name their child after something evil. Actually, people of all spiritual persuasions occupy the planet. So, it’s generally perceived that using a horror-associated name might actually curse the child. When fans heard about John Alan, that was a common reaction. But now, she started using the letter “H” in her posts. So, fans wonder if it’s even worse than that.

On Reddit, word went out that Amy Halterman chose the name “Hellraiser JigSaw Halterman” for her second son. Well, it’s possibly just a meme-style joke. But, that same day, she said on her Instagram, “Omg 32 weeks!!!! Im so blessed to have gage and now baby h. Mommy’s angels.” Well, it seems to be odd to some folks that she calls her kids “angels,” with horror-associate names. Anyway, you can see the meme below that popped up on Reddit:

1000-LB Sisters followers took to the comments to have their say. One of them wrote, “CPS needs to step in, when parents try to give their children, abusive names.”

Meanwhile, another follower penned: “Unfortunately he will already be burdened with issues of who his parents are. Add the f’kd up name and he’s totally screwed.”

Meanwhile, others didn’t think it was “even funny” to think about names associated with horror.

1000-LB Sisters – What Is Hellraiser Jigsaw?

1000-LB Sisters fans might not be aware of the origin of the names and of course, it comes from a horror movie. Premiering in 1987, it did very well at the box office. It involved a puzzle and an evil entity that was remarkably bloodthirsty. A kid was dismembered, other folks were flayed, and plenty of blood flowed all over the place.