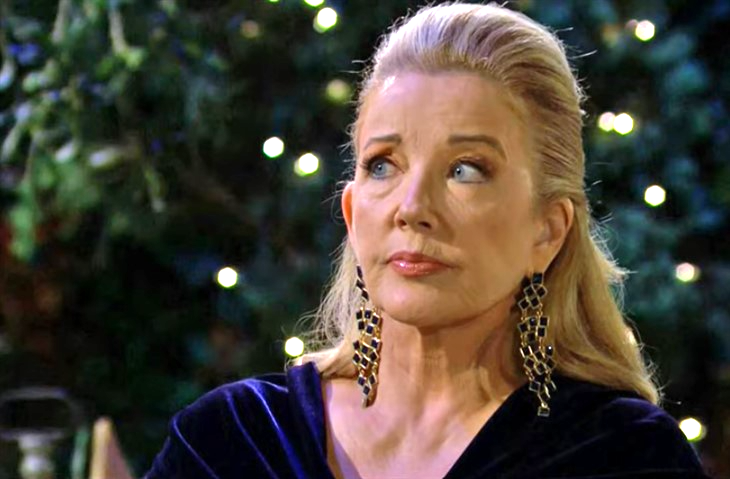 But it was no surprise to her – he’d already come clean to his bride to be and to his future father-in-law as well! Nick only meant to protect his sister against who he considered to be a dangerous man and couldn’t believe that his parents approved of the marriage! Y&R spoilers show that Victoria was certainly mad at Nick; she disinvited him to her wedding, but when he showed up anyway in Tuscany she said he could stay but she wouldn’t forgive him!

The Young and The Restless spoilers tease that if the Mustache thought Locke would really hurt Victoria, he’d probably have his own agenda going on in the background to protect her. But Nick went over the top and way too far in his efforts to stop Victoria from doing what he considered would be a life-altering mistake, possibly one that she couldn’t come back from! Victor didn’t like that Nick could ruin her wedding and especially after he already approved of his future son-in-law.

Nick seemed to think their father was blinded to the dangers of marrying a man who had played a part his whole life, and may have an agenda to take over Newman Enterprises! Viewers of The Young and The Restless will recall that there is an ongoing merger not only between Ashland and Victoria, so to speak, but between their companies! Victor is angry at Nick for not trusting his judgment and for digging into Ashland’s past, which he considered to be none of Nick’s business!

Viewers of The Young and The Restless will recall there was some hurt that Victor had trusted Adam Newman (Mark Grossman) over Nick as well, bringing him into the inner loop but not Nick. It had not been that long since Nick and Adam mended fences, and Adam was given an umpteenth chance by the family largely because of Nick, although his saving Faith Newman’s (Reylynn Caster) life first from her truck wreck, then donating a kidney, and his saving Nick from being trapped after that tornado was a factor as well!

Y&R spoilers tease that Nick and Victoria are the only two full siblings in the Newman family with Victor as their birth father and Nikki as their birth mother. Nikki’s mother’s heart hurts to see Victor at odds with their only son together, and she is just as hurt by the rift that has formed between Nick and his sister Victoria! But one relationship at a time – Nikki begs Victor to try to see Nick’s point, and that even if he doesn’t agree with what he did or how he did it, he had Victoria’s best interests at heart! Hopefully, she’ll make sense to Victor, and then when things cool off a little bit she can work on peace between Nick and Victoria.