The Young And The Restless Spoilers: Sharon Has Some Serious Words For Nick 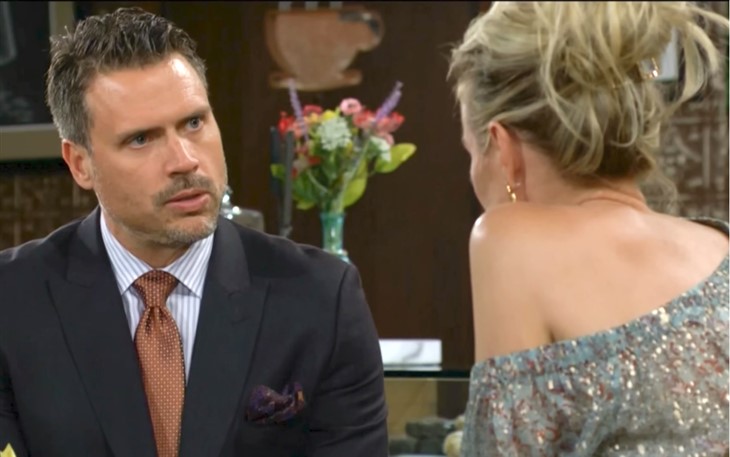 The Young and the Restless (Y&R) spoilers for Monday, October 17, 2022, reveal Sharon sitting down with Nick whether he likes it or not.

Sharon Collins (Sharon Case) and Nick Newman (Joshua Morrow) actually have some serious one-on-one scenes together on Monday as we all wonder why Rey Rosales (Jordi Vilasuso) was killed if Sharon wasn’t going to have a storyline and wasn’t going to reunite with Nick.

She can see that he looks like he is making a big mistake with the much younger Sally Spectra (Courtney Hope) and wonders if he is only with Sally so that he can stick it to Adam Newman (Mark Grossman), the brother he has never really liked.

While Nick will deny Sharon’s accusations, she does attempt to give him some food for thought. She doesn’t want to see Nick hurt nor does she want to see Adam hurt but if Nick continues playing with fire, everyone will be hurt.

Meanwhile, Sally does some serious soul-searching of her own to figure out who and what she really wants. Spoilers say she finally makes a decision about Adam, so which Newman brother will be left out in the cold?

Something has seemed off with Diane Jenkins (Susan Walters) ever since Tucker McCall (Trevor St. John) made his presence known in Genoa City once again and Jack Abbott (Peter Bergman) can sense that he needs to get to the bottom of things. He was just learning to trust Diane again and is now wondering if he made a mistake.

To that end, Jack meets with Tucker and gives him the third degree over his past with Diane, but Tucker has already told the woman he will do her best to keep her secrets. Will he keep his word and if he does, will Jack finally see that he has had blinders on for several months now.

Also, will Ashley Abbott (Eileen Davidson) witness any of this and decide she must work with Phyllis Summers (Michelle Stafford) and Nikki Newman (Melody Thomas Scott) after all? It might hurt, but if it helps Jack, it will be worth it. Stay tuned to The Young and the Restless weekdays to see how these stories play out.

Days Of Our Lives Spoilers: Brady Is About To Do A Dumb, Dumb Thing

The Bold And The Beautiful Spoilers: Carter Has Shocking News About Quinn