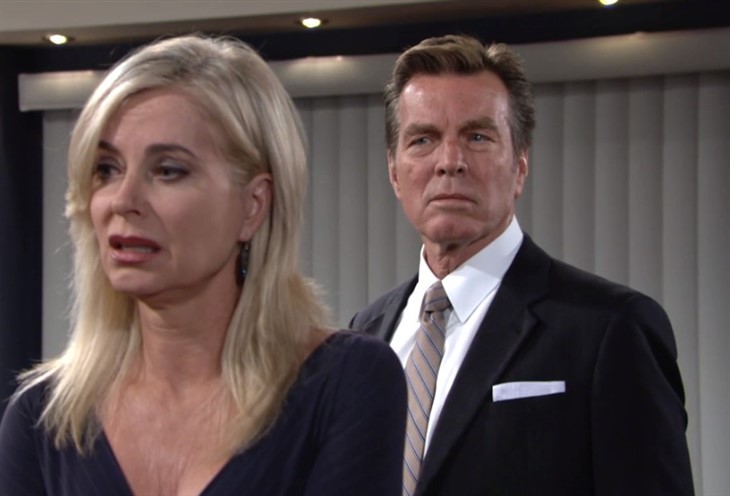 The Young and The Restless spoilers and updates tease that Jack Abbott (Peter Bergman) will lay into his sister Ashley Abbott (Eileen Davidson). He’ll get wind of Ashley starting to date Tucker McCall (Trevor St. John) but he won’t be in the loop about her fake-dating him to get intel.

The Young And The Restless Spoilers – Undercover Lover?

It was Phyllis Summers (Michelle Stafford) who came up with the idea of fake-dating Tucker in order to get intel from him, kind of like an undercover detective. Even Nikki Newman, (Melody Thomas Scott) who was with them at the time looked a little shocked at Phyllis’ suggestion, but had to agree it might work. If Ashley could be convincing enough that she’d had a change of heart and a change of mind, maybe Tucker would trust and open up to her.

According to Y&R spoilers, Phyllis and Nikki want to find out dirt on Diane Jenkins (Susan Walters) from her time in Los Angeles, as does Ashley, and proving a Tucker connection might be it. But like an undercover detective, she can’t divulge the truth to many, lest someone let it slip and Tucker finds out.

Ashley had just had a tongue lashing from Abby Newman-Chancellor (Melissa Ordway) when Phyllis and Nikki arrived for their meeting at Society, just because Ashley had met with Tucker. She had assured her that she only met with him to make it crystal clear that she wanted nothing to do with him and there was nothing left between them. So how is she going to bring Abby into the loop on this “undercover mission” let alone big brother Jack; even if she does they’ll be upset. But the three of them agree that it may be the best way to find out what Tucker was up to in LA and what his connection to Diane was. Now she just hopes no one from the family sees them together when she starts this plan.

The Young And The Restless Spoilers – What Are You Doing?

As she feared, she and Tucker meet somewhere to talk and they’re spotted by Jack, and although he’s discreet at the time, he confronts her later. Tucker didn’t see Jack because he was enough of a distance away that he could keep from making himself obvious, and Ashley finally tells him the plan. He can’t believe that Phyllis and Nikki would endanger Ashley in such a manner, telling her there are other ways to go about this.

Ashley explains that she knows what she’s doing, and none of this can get back to Abby whatsoever, she’ll panic. Even though Ashley makes good points, Jack still doesn’t trust him and doesn’t want her forming attachments in spite of herself, which she makes clear she won’t.