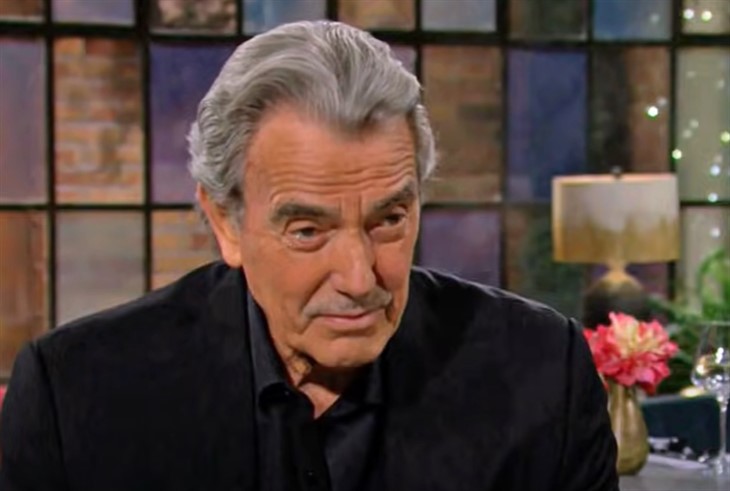 The Young and the Restless (Y&R) spoilers for Wednesday, January 26, 2022, reveal The Great Victor Newman knowing that he has a bigger threat than he thought and doing something about it.

Adam Newman (Mark Grossman) has turned over a new leaf in the last year and is finally making his father proud, which is all he ever wanted, but Victor (Eric Braeden) has a warning for him. He can lose everything if he is foolish and not careful. Victoria (Amelia Heinle) is gunning for his company and his job because whatever Ashland Locke (Richard Burgi) wants, Victoria wants to give him.

That means Adam needs to stay on his toes and perhaps stay away from Sally Spectra (Courtney Hope) because she can be a distraction. It’s bad enough Chelsea Lawson (Melissa Claire Egan) is back trying to make Adam’s life miserable again without really meaning to. It’s time to focus on business because if Adam doesn’t, Victoria might manage to swoop in and take everything from him. After all, she is very ruthless but also not very bright when it comes to her taste in men.

Meanwhile, Nikki Newman (Melody Thomas Scott) is also forced to issue a warning. Might she tell Victoria she needs to be careful of Ashland because he is planning to take over Newman Enterprises and shut her right out? Nikki noticed Ashland making changes and she doesn’t like what she has seen at all.

Y&R Spoilers – Devon Hamilton Gets His Wish…But Will It Work?

Devon Hamilton (Bryton James) didn’t even have to go to court to get his one night with Dominic a week and add another name to his already long name. Abby Newman (Melissa Ordway) agreed to everything looking like she was about to pass out, but now it’s time for her to drop Dominic off at Devon’s for his first overnight and Devon is as nervous as Abby is.

Will Abby regret her decision and will Devon get too much of a good thing and want even more? At least Chance (Connor Floyd) was all for it and now seems relieved. Stay tuned to The Young and the Restless weekdays to see how these stories play out.