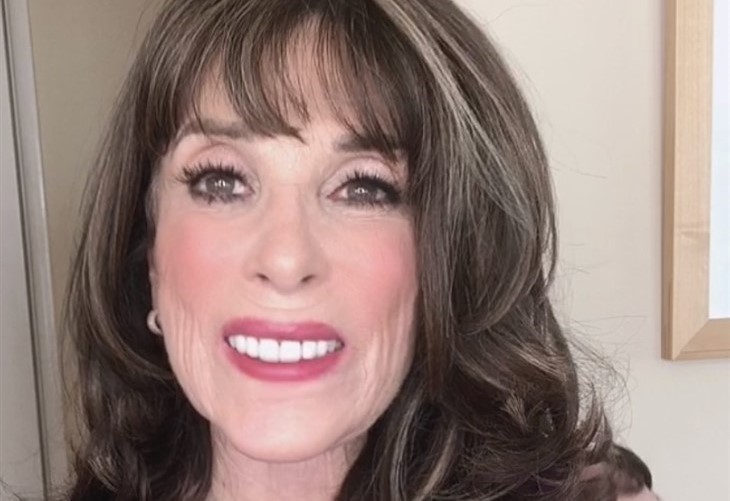 The Young and the Restless spoilers and updates tease that Kate Linder isn’t going anywhere. The actress, who plays the role of Esther Valentine, shared that she has no plans of retiring.

In an interview with PEOPLE at the Daytime Creative Arts & Lifestyle Emmys, Linder said that she doesn’t believe in retirement. During the event, which was held at the Pasadena Convention Center in California last Saturday, they said that they would have to drag her because she’s not leaving anytime soon.

Linder has been with The Young and the Restless since 1982. But many people didn’t know that she was only hired to play her role for one day only. She has nothing but good things to say about her time in the daytime drama.

“And this is all I’ve ever wanted to do. I didn’t want to be anything that little girls want to be. I always said to my parents, ‘I want to be an actress,’ and they’d go, ‘No, no.’ I mean, sure, they were hoping I’d grow out of it. They didn’t know. You’re talking a lot of years ago,” Linder explained.

Linder’s parents were supportive and let her have dance lessons and all. But they didn’t have any idea about the business because none in their family was in the industry.

She added that she’s “honored and proud to be part” of the acting community. She’s just taking one step at a time. She may be in the business for decades but she admitted that she still goes to acting classes.

Y&R Spoilers – Giving Back To The People

Linder considers herself fortunate and added that the Young and the Restless have given her the opportunity to give back to people. She shared an experience that made a huge impact on her life.

She had an encounter with a sick fan. The actress sent a photograph of herself as a birthday gift to her fan. Knowing that it’ll take some time for the mail to reach her, Linder decided to call her and introduced herself as her iconic character in the soap. They remained in contact for years but the woman eventually passed away.

She’s an ALS Association spokesperson as well as a March of Dimes Canada and Conductive Ed program ambassador.

The actress also earned a star on the Hollywood Walk of Fame and has received a lot of accolades because of her impeccable acting performance. She has been with The Young and the Restless for 40 years but she also has another career, which was as a flight attendant for United Airlines.