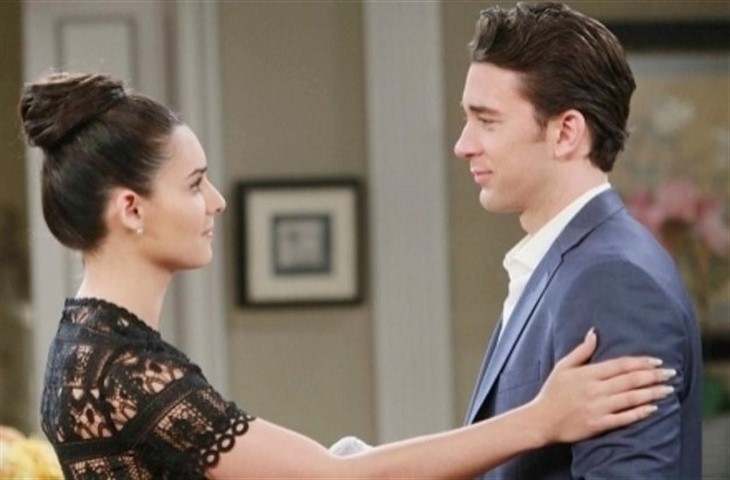 Days of Our Lives Chad Dimera (Billy Flynn) and Gabi Dimera (Camila Banus) had a great life before Abby Dimera (ex-Marci Miller) returned from the dead years ago. Now Chad has found himself alone again and must find a way to move on. Will Chad and Gabi reconnect now that Abby is out of the picture?

Days Of Our Lives Spoilers – That Ship Has Sailed

Days of Our Lives fans believe the Chad and Gabi ship has sailed. Too much damage has been done for this couple to ever work out again. Gabi and Chad were happy when Abby was believed deceased before. However, with everything that went down between the women last time, there is no way Chad would go there again.

Chad and Gabi are also fighting over Dimera Enterprises presently which is another stumbling block for them. Abby has also been with two of Chad’s brothers since then. Gabi has been mooning over Jake Dimera (Brandon Barash) while sleeping with Li Shen (Remington Hoffman). Chad and Gabi just would not work after everything that has gone down.

DOOL Spoilers – Chad Dimera Needs To Concentrate On His Children

Days Of Our Lives Chad needs to concentrate on helping his children deal with their mother’s death. Unfortunately, Chad tends to try to feel the void in his life first instead. Chad is very lax in looking for a partner. Chad’s affair with Gwen Rizczech (Emily O’Brien) proves that Chad tends to be with whoever is available at the given time. Chad needs to act like a father and do what is best for his children instead.

Days Of Our Lives Spoilers – Is Gabi Dimera Using The Other Brothers?

Days of Our Lives Gabi was in love with Chad years ago and some believe she still is. It has been suggested that Gabi wasn’t in love with Jake or Stefan. Some fans are convinced that Gabi was using both Stefan and Jake as a substitute for Chad. Chad and Gabi have been friends for years and Chad could fall for that girl again. However, is it possible for Gabi to get rid of her ambitious side and become the woman Chad used to love? Could Gabi give up her desire to run Dimera and simply be Chad’s girlfriend?

Gabi has not been that girl for some time now. Gabi has experienced both sides of life and loves to be in control. It is highly unlikely that Gabi would back down as CEO of Dimera to be anyone’s significant other, including Chad’s.