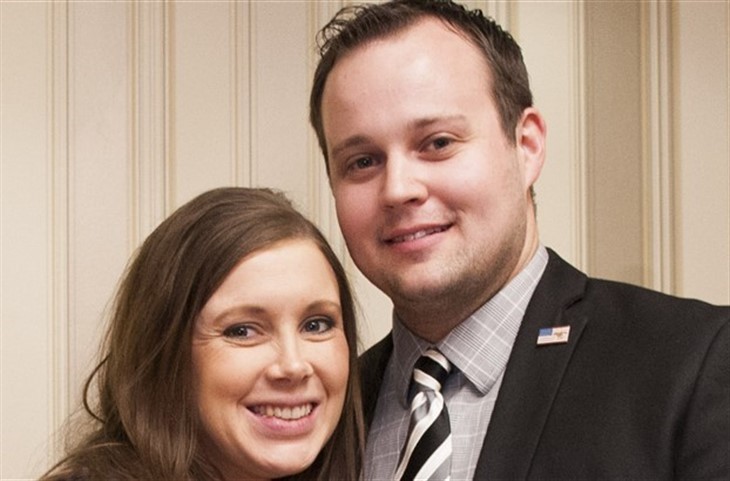 The Duggars news and updates tease that Anna Duggar is standing by her man. She recently updated her social media bio to reflect that she’s still “happily married” to Josh Duggar despite his latest scandal.

Fans may recall that the feds arrested Josh in the spring of 2021 on charges of child pornography. Recently, the reality TV personality faced a guilty verdict and was sentenced to 12.5 years imprisonment.

He’ll be in prison for up to 151 months and viewers have grown concerned over the status of his family. Anna and Josh share 7 kids. Many people urged Anna to leave Josh and just focus on their children.

Anna doesn’t seem to be affected by all the things that have been going on. Despite the guilty verdict, she’s standing by her husband. Last week, she celebrated her 34th birthday and her 14th year anniversary of her engagement with Josh.

Recently, she’s made it clearer to the public that she has no plans of leaving her husband. She made some changes to her social media bio over the weekend. Her Instagram and Twitter bio now reflects that she has 7 kids and that she’s “happily married” to Josh Duggar.

Anna only changed the number of children she has but she also had the chance to edit the status of her marriage. Since she didn’t make any changes to it, it’s safe to assume that she remains committed to Josh no matter what.

Jinger Duggar’s husband, Jeremy Vuolo recently took to YouTube to talk about his faith. He also mentioned Josh and pointed out that he should get “eternal punishment” for his crimes. Currently living on the West Coast with his wife, Jeremy said that Josh was a hypocrite, in his YouTube video titled Three Truths.

“One life in public, and one life in private. Often the devil wears a suit and tie. Jesus had no time, no sympathy for abusive leaders who preyed on the vulnerable,” he said.

He continued to say that God may forgive Josh but his crimes need to be punished. He also called out Anna for her continued support of Josh despite all the evidence that was presented against her husband.

He also noted that “True repentance is not concerned with reputation, damage control, or getting off the hook.”